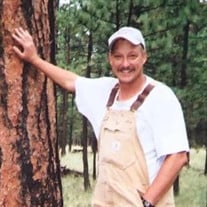 James "Kevin" Stone, 60, of Tulsa, Oklahoma, died on Friday, October 22, 2021 in a Tulsa hospital. He was born on October 13, 1961 in Tulsa, Oklahoma to his parents, James O. and Alpha Stone. A 1979 graduate of Will Rogers High School, Kevin studied at the former Vo-Tech Campus and obtained his journeyman electric license. He was a member of the IBEW Local 584, and travelled and worked in many places. He loved the Boise area and the time he spent in Colorado. He spent time in Mississippi after hurricane Katrina, as well as several other states. He had wide ranging abilities in electrical work, from changing out fixtures for friends to high powered line work to highly specialized work on nuclear reactors. Kevin was an avid OU fan; and also enjoyed fishing, and walking riverbeds in the various places he was working. He loved being around his friends the most; a cold beer and a hot grill made time with them even better. He could always be counted on to help out a friend in need. He loved to have a good time, and was a master at hustling pool, to the dismay of many a challenger. Life was never dull when he was around-- he always had a smile to spare. He met the love of his life, Marice, in Springerville, Arizona, where they were both working. They had their son Charlie in 2006; and from that day on, every conversation with Kevin would have a mention of Charlie. He was incredibly proud of his son. Kevin also loved his wife’s daughters as his own. Kevin is survived by his wife, Marice Stone of Navajo Nation, Arizona; their son, Charles Stone of Navajo Nation, Arizona; his wife’s four daughters: Marissa Yazzie of Navajo Nation, Arizona; Mary, Isis and Jerose Yazzie, all of Albuquerque, New Mexico; and his four siblings, Cathy Wallace of Kerrville, Texas; Emily Lovett and her husband Will of Sand Springs, Oklahoma; Melinda Wilson and her husband Paul of Tulsa, Oklahoma; and Daniel Stone and partner, Misty Dobyns, of Tulsa, Oklahoma. He is also survived by his aunt Joy Skinner of Ada, Oklahoma; and many nieces, nephews, cousins, and friends. He was preceded in death by his parents, and by his best friend, John Neal. A celebration of life service will be held at 10 a.m. on Thursday, October 28, 2021 at Floral Haven's Funeral Home Chapel. ***Services will be live streamed starting at 9:55 AM on Thursday, October 28, 2021. To view the service live, please click on the following link: http://webcast.funeralvue.com/events/viewer/62679

The family of Kevin Stone created this Life Tributes page to make it easy to share your memories.

Send flowers to the Stone family.