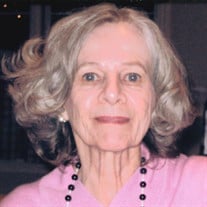 Janneke Wilhelmina Buitink Janneke passed peacefully into God’s care on Thursday afternoon February 27th, 2020. She was 92. Known to all as “Ankie”, she was born July 22nd 1927 in Balikpapan on the island of Borneo, Indonesia to Dutch parents, Jan Willem Ernste and Magdalena van Os Ernste. Ankie lived on several islands in Indonesia and a short time in Mexico City. After leaving Indonesia and instead of moving back to The Netherlands, the family moved to the United Kingdom to avoid WWII German occupied Holland. Ankie graduated from Surbiton High School in Surbiton, UK. The family moved back to The Netherlands after WWII where she met her future husband, Roelof Adriaan Buitink. Roelof left The Netherlands to attend Oklahoma A&M College and Ankie soon followed. They were married in 1951 in Stillwater, OK. Ankie became a naturalized US citizen on December 21st, 1956. After Roelof’s graduation from college, the couple lived for a short while in New Rochelle, NY and then made their forever home in Tulsa, OK. Ankie was a homemaker and the family was very active with the Tulsa Figure Skating Club. Ankie served as a test judge for the United States Figure Skating Association as well as many Board positions of the TFSC and The Tulsa Skating Foundation. Ankie had many lifelong friends created out of the TFSC. Ankie enjoyed volunteering for many years at Hillcrest Medical Center where she was also the Auxillary President several times. In her retirement years Ankie enjoyed camping, world traveling, being outside with her flowers, her cat, spending time shopping at Utica Square and loved eating at Queenies. She was preceded in death by both parents, her older sister Muis Schimmelpenninck of The Netherlands, and her husband Roelof of over 60 years. She is survived by son Adrian and his wife Susan Buitink of Harrison, AR, daughter Madeleine Johnson of Florence, CO, daughter Janneke and her husband David Haverkamp of Owasso, OK and sister Margaretha England of the UK. Ankie has 8 grandchildren, 3 great grandchildren, 5 nieces and 2 nephews. Ankie’s funeral service will be held at 1:00 pm Tuesday, March 3rd at St. John’s Episcopal Church in Tulsa. A short reception will follow. Interment will be held at 3:30 pm at Floral Haven Cemetery. The family has requested that in lieu of flowers, a donation in Ankie’s memory be made to the Alzheimer’s Association, Oklahoma State University Foundation or a charity of your choice.

The family of Janneke W. Buitink created this Life Tributes page to make it easy to share your memories.

Send flowers to the Buitink family.