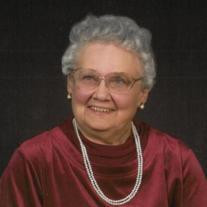 A Life Well Lived Jean Betty (Dodson) Read Jean Betty (Dodson) Read, aged 84, received her ultimate stamp in her passport to go be with her Holy Father on Wednesday, January 9th, 2013. Jean was born in Girard, Illinois on March 27, 1928 to William and Roxie Rowden and leaves behind her loving children, Janet Lotz, Jane and Derald Schlecht, John and Pat Read, Joy Read Belt, Jeananne and Michael Edwards, and Lawrence and Karen Lotz. Her life was also blessed with numerous grandchildren, great grandchildren, great-great grandchildren, nieces, nephews and too many friends to count. Her daughters of love include Sandi, Norita, Lynda, Gail and Brandi. Her surviving siblings include Bill Rowden, Charles and JoAnn Rowden, Gail Rowden and Jack Pacatte. She also had two very special friends of her heart, Dovie Crowell and June Graham. Jean was preceded in death by her husband John Statesir Read and her daughter Joan Marie, siblings Frank Rowden, Earl Rowden, Agnes Dean and Myrtle Pacatte. Jean was always a mother first but found ways to share her compassion and servant heart with others. In order to work around all of her kids schedules and always be home when they were she was the school lunch lady for many years and volunteered in her church and with many other organizations. For several years she was a volunteer for Tulsa Metropolitan Ministries and was proud of being Tulsa Volunteer of the Year. Jean followed her husband, Jack, wherever he was stationed and learned the best each new place had to offer. Her children were given a love of books, games, the ability to find a solution to a difficult task, and a love of picnics. Her friends know her as one of the first to volunteer when she saw a need and a person who you knew was actively praying for you. She will be greatly missed by many. In lieu of flowers Jean requested people donate to their favorite charity or to Boys Town (boystown.org).

The family of Jean Betty Read created this Life Tributes page to make it easy to share your memories.