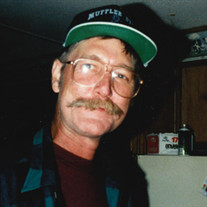 Jerry Alan McIntosh, 70, died on January 1, 2022, in Tulsa, Oklahoma. He was born on December 25, 1951, in Tulsa, Oklahoma to parents Benjamin and Georgia McIntosh. He was affiliated with the Church of Christ. He graduated from Tulsa Central High School in 1970. He was Sergeant with the 18th Airborne Corp for the United States Army. He was also a longtime printing tradesman and a short stint in the Aircraft trade. He had a big heart and would help anyone in need. He enjoyed going to Coweta and visiting family and friends. He enjoyed going fishing, "at the pond," with his kids and grandkids, coaching baseball, he was involved in Cub Scouts, Girl Scouts, along with many other events. He enjoyed watching his grandkids grow up, play sports, cheer at gymnastics, and take them to the candy store. He was a prankster and he was a teller of stories, along with many other talents, some, not to be mentioned in good company. He will be greatly missed, loved, and remembered by all that knew him. He was preceded in death by his father Benjamin Fae McIntosh, mother Georgia Mae McIntosh, Brother Bennie Eugene McIntosh, Nephew Stephen Lee Ford, and cousin Hollis Frank Smith. He is survived by sister Carolyn Ford, brother Jeff McIntosh and wife Ann, son Garret McIntosh, son Adam McIntosh and wife Deana, Daughter Erica McIntosh-Goodwin, and husband Darrell, Eight grandkids, four great-grandkids, seven nieces and nephews, best friend Gary Wise, and close friend Laura Gregory, along with many other family members and friends.

Jerry Alan McIntosh, 70, died on January 1, 2022, in Tulsa, Oklahoma. He was born on December 25, 1951, in Tulsa, Oklahoma to parents Benjamin and Georgia McIntosh. He was affiliated with the Church of Christ. He graduated from Tulsa Central... View Obituary & Service Information

The family of Jerry Alan McIntosh created this Life Tributes page to make it easy to share your memories.

Send flowers to the McIntosh family.