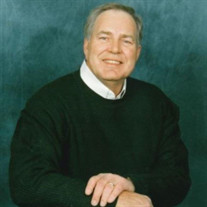 Jimmy Allen Nobles, 77, of Broken Arrow, Oklahoma passed away October 3, 2021 at St. John Hospital in Tulsa, Ok. The same hospital where he was born. Jim was born December 25, 1943 to Homer Clay and Mary Jane Nobles. Jim was born and raised in the Tulsa Metro area. He attended schools in North Tulsa and graduated in the first graduating class of McLain High School in 1961. While at McLain Jim lettered in basketball and baseball all 4 years. Jim attended Northeastern State College in Tahlequah, OK where he met Carol, his wife of 58 years on a blind date. He continued his baseball career playing for the Varsity team for NSC and was scouted by many teams from the MLB. In his adult life he continued to play baseball and softball on many teams, most notably the Tulsa Fireballs. Jim had many loves and interest! He enjoyed metal detecting, both on land and water, and found many unique treasures. Some of his favorite finds were Civil War bullets and buttons as well as many fine pieces of jewelry. He was a member of the Indian Territory Treasure Hunters Club where he served in several officer positions. He also enjoyed fishing and hunting and was an avid reader. His favorite reads were Civil War books and Crime Thrillers. Jim passed his love of baseball on coaching his sons in youth little league baseball. He also loved the Dallas Cowboys, OU Sooners, & the Texas Rangers. Pap-pa loved his grandchildren with all his heart and was known to rock every baby to sleep in his chair. Jim worked for almost 40 years in the bearing industry with IBT and Allied Bearings. At Allied he was Vice President of Operations in charge all the Oklahoma and Texas stores. Jim was preceded in death by his parents Homer and Mary Jane Nobles And his brother Larry Clay Nobles. Jim is survived by his wife, Carol Jean Nobles of Broken Arrow; sons, Jimmy Dale Nobles of Tulsa and Scott Wayne Nobles of Broken Arrow; grandchildren, Ashley Nichole Williams and husband Matt of Broken Arrow; Andrew Scott Nobles of Broken Arrow; his bonus granddaughter, Kayla Pruitt of Broken Arrow; the best great-grandchildren, Maddie, Hailey, Jaxson, Ryan & Emily and many more nieces, nephews, family & friends. Celebration of Life Service will be 10:00 AM, Thursday, October 7, 2021 at Aspen Park Baptist Church in Broken Arrow

The family of Jimmy Allen Nobles created this Life Tributes page to make it easy to share your memories.

Send flowers to the Nobles family.