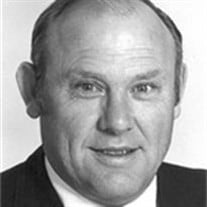 Joe Wayne Galloway Â  Joe Wayne Galloway,Â Â  82, diedÂ June 27th, 2011 in Tulsa, Oklahoma. Born Feb. 1, 1929 in Granite, Oklahoma, Joe spent his childhood helping his family on the farm and excelled in baseball and basketball. Upon graduation from Granite High School he volunteered for the Army in 1949 and served in Japan and Korea where he was awarded a Purple Heart, the Bronze Star, the Occupation Medal for Japan, the Korean Service Medal, and the UN Service Medal.Â He ended his Army service as a 2nd Lt..Â In 1955, he re-enlisted in the U.S. Air Force. While he was stationed in Washington State he met and married his wife of fifty-five years Staff Sergeant Maggie Fields of West Virginia. He retired from the Air Force in 1969, after reaching the rank of SMSGT.Â Upon military retirement Joe entered the teaching profession and taught Air Force ROTC in Lexington, KY and Edmond, OK. He returned to college on the GI Bill and completed both his undergraduate and graduate degrees with honors fromÂ Central State University in Edmond.Â He retired from Wagoner High School where he taught business and DECA courses.Â In 2000, Joe and Maggie moved to Tulsa and attended Southeast Freewill Baptist. Â  Joe served his family, community and country with honor, humility and dedication. During his retirement he enjoyed attending church, bible study and sports. He and Maggie relished many vacations and reunions with their families in Greer County and Appalachia. Joe was preceded in death by his parents Joseph Clarence Galloway and Vesta (Cypert) Galloway and brother Jimmy Galloway. He is survived by his wife Maggie (Fields) Galloway, children Jeff Galloway and his wife Karen, Joe Galloway and Martha Galloway; sisters June and brother-in-law Doyle Jackson, Jean and brother-in-law Tommy George, Jane Bynum and sister-in-law Barbara Galloway, grandchildren Jarrett Galloway and Mary Kate Galloway, and many other family members and friends.Â Â  Â  A funeral service will be held on Friday, 12:30 pm, July 1, 2011 in the Floral Haven Funeral Home Chapel with military graveside rites following at Fort Gibson National Cemetery in Fort Gibson, Oklahoma.

The family of Joe Wayne Galloway created this Life Tributes page to make it easy to share your memories.