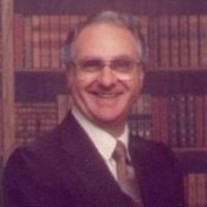 John Patrick “Jack” Jett, 87, passed away peacefully in the presence of loved ones on May 5, 2022. He was born September 17, 1934 in Oklahoma City to Nathaniel Jackson Jett and Pauline Lillian (Matheson) Jett. While attending Will Rogers High School in Tulsa, Oklahoma, Jack met his soul mate, Donivee Childress, at a school dance. After graduating in 1952, he attended the University of Oklahoma where he studied Geological Engineering until being drafted by the Army to serve during the Korean Conflict. Jack served most of his tour of duty at Fort Sill, Oklahoma, where he earned the rank of Corporal. Jack married the love of his life, Donivee, on August 14, 1954, at White City Baptist Church in Tulsa, beginning over 66 years of loving devotion. Donivee’s parents owned a grocery store, so Jack decided to learn the family business from the ground up, starting as what he called, “the stocking and bagging guy.” Jack diligently learned every facet of store ownership and management, and before long the C-J-C Grocery Partnership was formed. At its peak, C-J-C owned seven stores in Oklahoma before being purchased by a national chain. Being a naturally gregarious ‘people person’, Jack sought another public position after the sale and became a route salesman for the Murray Cookie Company. Jack loved most outdoor activities, many of which became lifetime hobbies: photography, horseback riding, hunting, fishing, motorcycle riding, and rock and coin collecting. His true passion, however, was Aviation. Once C-J-C was off the ground, Jack threw himself into learning how to fly, quickly earning his Single Engine license. He steadily added to his education and skill set until he earned his Commercial Pilot’s License. During his C-J-C years, Jack was a respected businessman and a revered community leader in Fairfax, Oklahoma. He was on the Board of Directors of Fairfax Hospital and an active member of the Fairfax Baptist Church, the Lions Club, the Kiwanis Club, and the Junior Business Leaders of America. Jack was preceded in death by his wife, Donivee Marilyn (Childress) Jett; his son, John Michael Jett; and his sister and her husband, Frances Charlene (Jett) Terhune and Dr. James Howard Terhune. Jack is survived by his brother and sister-in-law, Mike and Syotha Jett of Broken Arrow, Oklahoma; his daughter Marilyn (Jett) Rice and her husband James Rice, also of Broken Arrow; his daughter-in-law, Patricia Jean “Jeanie” (Powell) Jett of Oolagah, Oklahoma; five grandchildren: Stephanie (Rice) Fuller of Los Angeles, California, Christina (Rice) Masters of Crozet, Virginia, Nikki (Jett) Bavido of Inola, Oklahoma, Michaela (Jett) Headings of Rose, Oklahoma, and Colton Jett, also of Oolagah; and eight great grandchildren: Daniel Thomas, Drake Fuller, Theo Fuller, Jean Marie Bavido, Michael Bavido, Cassidy Headings, Jesse Headings, and Casey Headings. Jack is also survived by five nephews and nieces: J. Patrick Terhune, Laura (Terhune) Ramsey, Rachel Jett, Cole Jett, and Evan Jett; as well as four great nieces: Grace Ramsey, Elizabeth (Ramsey) Calaway, Jett Rothan, and Phoenix Rothan. Visitation will be held from 4 – 6 pm on Tuesday, May 10, 2022, at Floral Haven Funeral Home in Broken Arrow, Oklahoma. The Celebration of Life Services will be held on Wednesday, May 11th, also at Floral Haven Funeral Home in Broken Arrow, starting with a Chapel Service from 3 – 4 pm, followed immediately by a grave side service including Military Honors. For those who cannot attend but wish to share the celebration of Jack’s life, the Chapel Service will be streamed live online at https://webcast.funeralvue.com/events/viewer/73267/hash:0F84E84AA1932217 .

John Patrick &#8220;Jack&#8221; Jett, 87, passed away peacefully in the presence of loved ones on May 5, 2022. He was born September 17, 1934 in Oklahoma City to Nathaniel Jackson Jett and Pauline Lillian (Matheson) Jett. While attending Will... View Obituary & Service Information

The family of John "Jack" Jett created this Life Tributes page to make it easy to share your memories.

John Patrick “Jack” Jett, 87, passed away peacefully in the presence...

Send flowers to the Jett family.