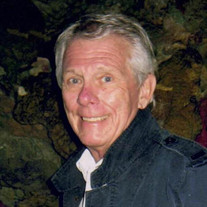 John “Jack” Morgan passed away on July 3, 2021 at the age of 85. Jack was born in Chicago but moved to Hartshorne, OK when he was 9 years old. Small town Oklahoma was a huge change for a city boy, but the family farm and a fishing hole made the change bearable. After graduating from high school, he served his country in the Army and was stationed at Schofield Barracks on the island of Oahu and was there when Hawaii became a state. Following his time in the service, he went to Northeastern State University and then on to the University of Tulsa where he graduated with a Law Degree. Jack had a long career in law. In addition to time spent in private practice, he served the City of Tulsa as Assistant District Attorney and as City Prosecutor for nine years. He earned the nickname “Mad Dog” Morgan during his tenure in Tulsa as he was relentless when he was on a case. He then moved to the Federal level and became an Assistant United States Attorney where he served as the Lead Coordinator for the Organized Crime Drug Enforcement Task Force for 11 years. This was a job he loved as he worked with the FBI, DEA, and US Marshals to name a few of the organizations who helped him in the war on drugs. He also enjoyed sharing his love of law and taught Criminal Law at Tulsa Community College, inspiring those who would go into law after him. He finally retired in 2002 after 8 years a Social Security Administrative Law Judge in the Dallas area. He loved fishing, traveling, photography and roses. He also cheered for the Chicago Cubs and his alma mater, the Tulsa Golden Hurricanes. His children and grandchildren were a huge part of his life and he enjoyed attending family gatherings and events. Jack is survived four children, daughter Amy Johnson (Todd), son John Morgan (Sarah), Jim Posey (Belinda), Tim Posey (Jami), plus his son in law Lee Adams, his sister Carole Streiff and seven grandchildren. He was preceded in death by his parents, his wife Sandy, and daughter Jonna. Services will be held at 10 am on Thursday, July 8th at Faith United Methodist Church in Tulsa. Donations can be made to Clarehouse in lieu of flowers.

John &#8220;Jack&#8221; Morgan passed away on July 3, 2021 at the age of 85. Jack was born in Chicago but moved to Hartshorne, OK when he was 9 years old. Small town Oklahoma was a huge change for a city boy, but the family farm and a fishing... View Obituary & Service Information

The family of John "Jack" Morgan created this Life Tributes page to make it easy to share your memories.

Send flowers to the Morgan family.