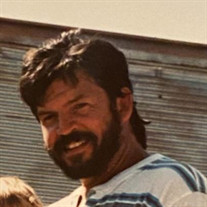 John Frasier Mumey, M.D., peacefully left this life on Monday, July 6, 2020, just two days shy of his 72nd birthday, from complications of Parkinson’s Disease. Dr. Mumey leaves his son, John Stefan Mumey and Stefan’s siblings Megan Goddard and Matthew Brewer; his daughter, Alexis Brooke Mumey; and many close friends and other family members. Dr. Mumey was born in Ft. Smith, Arkansas on July 8, 1948. He graduated from high school in Richardson, Texas and attended undergraduate at Pomona College in California where he studied physics in hopes of working for NASA; however, due to the Vietnam War and national cutbacks, he decided to pursue medical school. He attended in Little Rock, Arkansas and after receiving his medical degree at the age of 24, he spent time during residency at Bellevue Hospital in New York City, and the remainder of his residency at Detroit General Hospital. He also served as the infield physician at the Michigan International Speedway. He returned to this region and began working in the emergency room at St. Francis Hospital in Tulsa. Dr. Mumey was a true renaissance man, who not only knew medicine, but also enjoyed everything outdoors. He loved gardening and animals. Early in his medical career, he would take time off each summer for skiing in Colorado or working his combine through the soybean fields on his father’s farm in Muldrow. He was a life-long learner and enjoyed art, all kinds of music, from classical to sixties rock and roll. He had many unique opportunities in life and didn’t shy away from new experiences. He traveled through Europe and Mexico and loved the cultures and food. He loved eating new food…any food! He couldn’t pass a good, cheap buffet or an all-you-can-eat. Dr. Mumey’s hobbies were very eclectic, ranging from coins and stamp collecting to raising exotic animals. In the late 1980’s, he started a Rocky Mountain elk herd that grew from 7 elk into over 250 animals by the mid-1990’s. When people asked if he ate them or sold them, he would respond that “they were simply magnificent animals and there’s nothing like hearing a bull elk bugle when in rut.” He loved taking care of the new elk calves and when a mother elk would reject one, for whatever reason, he would bring it home and get up every few hours to bottle feed it formula. He spent more hours outside than in, and loved spending time taking care of all the animals, including goats, horses, donkeys, African eland, and loved more than all of them - his dogs. His father was Lebanese and his mother Choctaw Indian and he held those cultures close and told his children about them. He always complained about his mother being intrusive, but never failed to talk with her and stay in touch, even when they lived in different states. He was devasted when she passed away. He loved his father’s nightclub in Ft. Smith, which held stories for him of prohibition and his father helping everyone in the entire town. If someone needed a job, Dr. Mumey would help them out, as he accumulated many things over this life, and often needed help maintaining them. He was very proud of his children and was thrilled to hear they were also attending college. He loved learning and passed that on to them as well. Later in his life, Dr. Mumey began to practice emergency room medicine in various small hospitals and clinics around the region, as well as in St. Croix. He was very, very proud of his time serving at the Indian Health Services hospital in Montana and Tennessee. He enjoyed serving as the Medical Director of Jane Phillips Hospital in Bartlesville. He worked in Okmulgee, Henryetta, Eufaula, Bristow and many more small towns until he finally slowed down at 70. His son, John Stefan, cared for him until his death. Dr. Mumey was a brilliant man and shared stories of some of his earliest memories, such as helping his father calculate the mileage on one of their family vacations – when he was 5 years old, or building rockets before the age of ten. He shared memories of attending large Choctaw family reunions on his grandfather Ward’s mountain, in Heavener, and boating in the summers at Wister Lake. He loved problem-solving and this helped him throughout his life, with everything from working on diesel engines to performing open heart surgery. He has left this legacy of intellect and curiosity in his children and his memories will live on for all of us who loved him so. As we let him go, we’d like to remember him laughing – laughing at his own jokes – because he thought his were the funniest! Dr. Mumey is preceded in death by his father, John H Mumey; his mother and stepfather, Betty Jeanne Ward Poulin and Roland Poulin; his older brother, Zachary Joe Mumey. A memorial service is scheduled for Monday, July 20, 2020, at 10:00 a.m. at Floral Haven Funeral Home and Cemetery at 6500 S. 129th E. Ave., Broken Arrow, OK 74012. For those unable to attend, please follow the link for webcasting services: View Funeral Webcast

The family of John Mumey created this Life Tributes page to make it easy to share your memories.

Send flowers to the Mumey family.