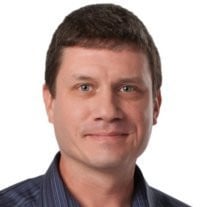 John Owen Tunnell was born on July 1, 1967 in Wichita, KS. John was the son of Judy Tunnell and the late Gary Tunnell. He has two brothers, Gary “Furgus” and Robert, and one sister, Jerrie. He was baptized and raised in the Christian faith at Eastland Baptist Church. He graduated from Broken Arrow High School in 1985. He completed Airborne and Ranger training at Fort Benning, Georgia. John O. Tunnell served with the 2nd Platoon/Black Sheep, Alpha Company, 2nd Ranger Battalion, from 1985 to November 1988. John’s primary role in 2nd Platoon was RTO (Radio Telephone Operator) for the Platoon Leader. John was a true scroll bearer. After three years in the military, he returned to Oklahoma to further his education and was accepted into the University of Oklahoma Physical Therapy Program. John fell in love with Monica, the girl next door, during physical therapy school at the University of Oklahoma Health Science Center in Oklahoma City. They graduated together in May of 1993 and were married on August 7th, 1993. John enjoyed competing in duathalons into his late twenties. He was a skilled physical therapist and enjoyed furthering his knowledge base. John was licensed with the American Academy of Orthopaedic Manual Physical Therapy and was on the Board of American Clinical Specialties. John was employed by Proactive Therapy in Tulsa. His two beautiful and gifted children, Claire Elizabeth, 16 years old, and Connor James, 12 years old, were the delight of his life. John was also very fond of his three dogs, Moose, Brownie, and Mollie. John had recently taken on the hobby of fly-fishing and enjoyed the serenity. Many who knew John said he had the driest sense of humor and could always keep you laughing. Blessed be his memory. John is survived by his wife, Monica, his two children, Claire and Connor, his mother, Judy, brothers, Furgus, of New Mexico, and Robert, Nashville, Tennessee, sister, Jerrie, Lubbock, Texas, and 13 nieces and nephews.

John Owen Tunnell was born on July 1, 1967 in Wichita, KS. John was the son of Judy Tunnell and the late Gary Tunnell. He has two brothers, Gary &#8220;Furgus&#8221; and Robert, and one sister, Jerrie. He was baptized and raised in the Christian... View Obituary & Service Information

The family of John Owen Tunnell created this Life Tributes page to make it easy to share your memories.