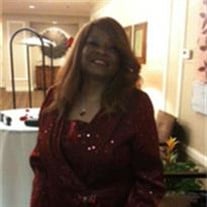 Joyce L. Edwards was born on August 31,1949 in beautiful, Miami, Florida. She is the oldest girl and second oldest of ten children, five girls and five boys born to Leonard and Mary Adside. Growing up, she was such a beautiful girl with beautiful... View Obituary & Service Information

The family of Joyce L. Edwards created this Life Tributes page to make it easy to share your memories.