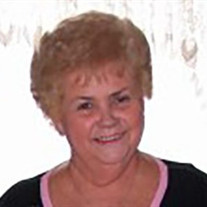 Judith Diane Budke was born May 8, 1942 in Snoqualmie Falls, Washington to Betty Jean Setterman and Donovan Carl Budke. Her father worked for the local lumber mill in her early years and after his service in the army, the family moved to Seattle where Don started the very successful Budke Construction. Judi went to schools in the Lake Forest Park area, graduating from Shoreline High School in 1960.Judi was married to Richard Sween for seven years and they had two children, Leslie and John. In September of 1968, Judi married the love of her life, Gary Davis. He was in the baseball business, which meant summers were spent at the ballpark with farm teams for the Padres, Rangers and Royals, and then an independent league in Texas for two summers. The family moved about the nation and traveled to many of the away games. Baseball was a family affair: Gary was the GM, Judi managed the concessions, Leslie worked the concessions, and John was a batboy. The family moved to Tulsa in 1978 with the Tulsa Drillers.Judi loved to travel and went on many fun trips ­— including several to Hawaii, a dream trip to Greece that she and Gary planned for years, and a trip to France with grandson Michael who, as a fifth grader, was the interpreter for Judi and Leslie. In the summer of 2013, Judi set out on a 5,854 mile trip with Leslie and her kids around the western half of the nation, visiting fourteen National Parks (and family and friends) along the way.Judi had a very close bond with her granddaughter Andrea. For years she took her to therapy and doctor’s appointments. “Meemah” never missed a Special Olympics that Andrea competed in and more recently had been her daytime companion.Judi enjoyed her volunteer time, especially working with Amy and her Girl Scout troop at meetings, campouts and a Service Unit weekend where the girls sewed on an Oklahoma Centennial-themed quilt. She also volunteered at the Cancer Treatment Centers of America, teaching patients and family how to sew. For Blue Star Mothers she made about 500 Christmas stockings each year. Through the Tulsa Sewing Guild she made more stockings for DHS foster children, a project Judi worked on for 30 years. She made pajamas and play outfits for them as well. Pillow cases for the Ronald McDonald House, quilts for the Veteran’s hospital, blankets for Emergency Infants Services — all of these endeavors caught the attention of national judges who awarded her a Pfaff sewing machine for her community service.Through the years Judi held several volunteer positions at church including coordinating and working at their pumpkin patch, teaching groups how to sew school bags, working at vacation bible school (which all three of her grandkids attended), chairing the flower committee, and coordinating the annual trip to Sager Brown.Judi is survived by her daughter Leslie and her husband Scot; her son John; three grandchildren, Andrea, Michael (Katie) and Amy ­— all of Tulsa. She is also survived by her sister Penny, nephew Donovan and niece Marcy (Glenn) of Seattle. Judi was proceeded in death by her husband Gary.A memorial service will be held at St. Stephens United Methodist Church, 400 W. New Orleans St., Broken Arrow, OK 74011, at 11 a.m. on November 25. Be sure to wear a flower in your hair.

Judith Diane Budke was born May 8, 1942 in Snoqualmie Falls, Washington to Betty Jean Setterman and Donovan Carl Budke. Her father worked for the local lumber mill in her early years and after his service in the army, the family moved to Seattle... View Obituary & Service Information

The family of Judith Diane Davis created this Life Tributes page to make it easy to share your memories.