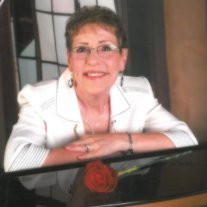 Kathleen (Kathy) Geiger-Harms born October 21, 1948 to Christian Ferdinand Kruse and Bertha Evelyn Sondergaard in Hutchinson, Minnesota. Passed away August 10, 2013, in her home in Broken Arrow, Oklahoma. She is survived by her husband, Mike Harms, son, Steve Sifferath and wife, Kandace , three step-sons, Jon-Michael Harms, Justin Harms and Jeff Harms, one sister, Kristine and husband Peter Mehr, grandchildren: Robert Fredrick, Kristen Sifferath, Neil Sifferath, Brittany Sifferath, Caleb Sifferath and Trevor Harms, and two great-grandchildren: James Fredrick and Sophia Sifferath, three nieces and two nephews: Grant Andreasen and wife, Joy Goray and husband, Renae Imaholte and husband, Marcus Mehr and Anne Mehr.Kathy grew up in Stewart, Minnesota, with her sister, Kristine, on their parent’s farm. She graduated from Stewart High School on May 31st, 1966. Gave birth to her only child, Steve, on December 21, 1968. Lived in Hutchinson, Minnesota until 1976 when she moved to Shakopee. She moved from Shakopee in 1987. In 1996 she moved to Broken Arrow, Oklahoma. She worked as a Legal Secretary and retired November 2012 working as a Administrative Assistant in the Educational field. Kathy enjoyed the simple things in life. She adored and cherished her husband and family.She and her husband are members of the square dance club, Single Squares, where they were VIP Member’s and were very active. She enjoyed taking care of her home. She was a member of Fellowship Lutheran Church.She will be laid to rest in a Graveside Service at 1:00 p.m.at Floral Haven’s Garden of Reflection, 6500 S. 129th E. Avenue, Broken Arrow, Oklahoma, on Friday the 16th of August, with a Memorial Service following at 3:00 p.m. at Fellowship Lutheran Church, 6727 S. Sheridan Road, Tulsa, Oklahoma.Charitable contributions may be made to the American Heart Association.

The family of Kathleen K Geiger-Harms created this Life Tributes page to make it easy to share your memories.