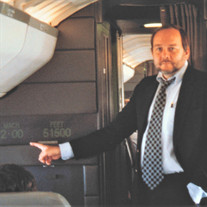 Keith was born in Kuala Lumpur, Malaysia on 12th August 1948. His parents had been stationed there in 1946, his father a captain in the British Army. He later worked for the electricity board in KL. In 1951 Keith’s brother, Derek, was born. The family returned to England in 1960, and lived in Cockfosters, Hertfordshire. Keith secured a place at Minchenden Grammar School. From an early age he showed a keen interest in aircraft and studied Avionics Engineering at City University in London, sponsored by BEA (British European Airways), now British Airways. He won a 2:1 BSc Honours Degree and began working for BEA in 1972. By this time he had met and married Nanette and they lived in an apartment in Harrow, North West London, before buying a house in High Wycombe, Buckinghamshire. In 1974 Keith had progressed to become a supervisor of a maintenance crew with British Airways. However, he was always looking for new horizons and in October of that year landed a job as an Avionics Engineer with Cathay Pacific Airways in Hong Kong. He and Nanette lived there for 2.5 years, and during that time travelled to most countries in the Far East, as well as Australia and New Zealand. They returned to the UK in 1977 and Keith resumed his role as Supervisor with British Airways. In June 1978 daughter Annabel was born. She was just 9 months old when the family moved to Seattle as Keith had been offered a position with Boeing. There they spent a very happy 4 years, and along with an American accent, Annabel acquired a little sister, Amy, when she was born in February 1981. In March 1983 the family moved to Atlanta, Georgia as Keith had landed a position with Lockheed. Driving all the way in a camper van with a 4 year old and a 2 year old had its challenges. Six months later Keith was seconded to Minneapolis to work with Honeywell. The change in climate was dramatic as they exchanged an extremely hot and humid Southern summer for a Minnesota winter that was to break all previous records for both temperatures and snowfall. Keith always loved extreme weather conditions, so he was happy. An opportunity arose to work on contract in Munich, Germany in January 1985. This was with the aircraft manufacturer, Messerschmidt Blaukow Blaum. After 2.5 years Keith’s contract ended, by which time he had secured a job with Air Jamaica. Nanette and the girls returned to the UK, and Keith took up the position in Kingston, Jamaica. Sadly, the marriage did not survive and they divorced in 1989. Disillusioned with Air Jamaica, Keith moved to Miami in 1988 when he was offered a job with Eastern Airlines. After a few years the company went into liquidation but fortunately Keith soon secured a position with American Airlines in Tulsa, where he settled, bought a house and enjoyed the rest of his life with a good social life with his close friends. Just before Christmas Keith was taken into hospital and diagnosed with COVID-19 from which, due to complications, he was never to recover, and he died peacefully on Wednesday 24th February at 7.29pm local time. Our beloved Keith would not have wanted flowers – instead he would have preferred you to raise a toast to him the next time you have a drink. If you did want to donate money to charity, Keith didn’t specify a particular one, but we do know that his father suffered with Alzheimers and Parkinsons so we believe they would be his preferred charities to support. Although Keith would never have expected anything more than a wish for people to celebrate his life and raise a toast to him. Like his Mum, Keith always wanted people to remember him in joy and not in sorrow.

Keith was born in Kuala Lumpur, Malaysia on 12th August 1948. His parents had been stationed there in 1946, his father a captain in the British Army. He later worked for the electricity board in KL. In 1951 Keith&#8217;s brother, Derek, was... View Obituary & Service Information

The family of Keith Woodbridge created this Life Tributes page to make it easy to share your memories.

Send flowers to the Woodbridge family.