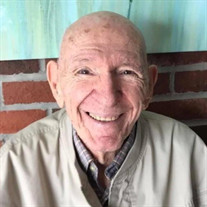 Born to Alonzo A. Hand and Mabel Case Hand on December 30, 1928, in Wichita Falls, Texas. His mother, Mabel Case Hand, passed away from pneumonia on December 31, 1928, following his birth. He was raised by his mother’s brother, Richard Case, a bachelor at the time. Richard Case raised him from a newborn to January 21, 1931, when he was adopted by his aunt, Mabel’s younger sister, Ida Belle Case Kern and her husband, Wolverton Lamont Kern. After graduating high school, Kenneth attended Oklahoma Baptist University, beginning a life of higher education. He received multiple degrees and only lacked his dissertation toward his doctorate degree in education. Kenneth was ordained a Baptist minister and pastored multiple churches over a span of seven decades. At the age of 45, his initial love of medicine compelled him to apply to the fairly new Physician Assistant program in Oklahoma. He was accepted to the program and became the oldest student in his class at the University of Oklahoma Health Sciences Center in Oklahoma City. He completed the program and went on to serve as a Physician Assistant for 38 years. He devoted his life’s occupation caring for the spiritual and physical needs of others. Preceded in death by his mother, Mabel Case Hand, his adopted father, Wolverton Mont Kern, his uncle, Richard Case, his adopted mother, Ida Belle Case Kern, his father, Alonzo A. Hand, his wife, Mardell Kern and multiple siblings. Kenneth is survived by sisters Polly and Betty. Also survived by his son, Richard Kern and wife Christina Kern, daughter Kenita Johnson and husband Mark Johnson, son Kenneth Kern and wife Elecia Kern. Survived by grandchildren, Johnathan Jones, Kayla Pierce, Gail Kern, Keith Kern, Jeremiah Kern, Steven Kern and five great-grandchildren. He will live on in our hearts until we see him again. Visitation will be held on Tuesday, November 16 from 4 pm - 6pm at Floral Haven Funeral Home. Services will take place at 3 pm on Wednesday, November 17 at Floral Haven Chapel. For those unable to attend, follow the link for webcasting services: https://webcast.funeralvue.com/events/viewer/63610

Born to Alonzo A. Hand and Mabel Case Hand on December 30, 1928, in Wichita Falls, Texas. His mother, Mabel Case Hand, passed away from pneumonia on December 31, 1928, following his birth. He was raised by his mother&#8217;s brother, Richard... View Obituary & Service Information

The family of Kenneth Clayton Kern created this Life Tributes page to make it easy to share your memories.

Send flowers to the Kern family.