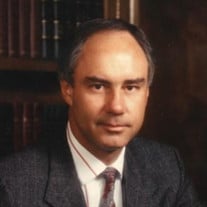 Kenneth George McDonnell, 73, of Tulsa died March 3, 2020 at St. Francis Hospital. He was born February 5, 1947 in New Iberia, Louisiana to George and Ruby McDonnell. Ken graduated from McNeese University in Lake Charles, Louisiana with a degree in mechanical engineering. He was employed for many years with Cities Service / Oxy Petroleum. He was a longtime member of the St. Bernard of Clairvaux Parish Catholic church. Ken had many hobbies during his lifetime including woodworking, photography, boating, water-skiing, sailing, and golf. Later in life he was actively involved in competing with his beloved miniature schnauzer, Riley, in Obedience and Agility events. They were members of the Tulsa Dog Training Club and active participants in the Paw Pals therapy dog group visiting schools, assisted living and nursing homes and St. Francis Children’s Hospital. Ken was preceded in death by his parents and 1 sister, Cathy McDonnell Thibodeaux. Ken is survived by his wife of 51 years, Suzanne of the home; daughters Lisa Michaud of Norman, Oklahoma, and Angela McManus of Tulsa; and 4 grandchildren, Melanie, Brandon and Ryan of Norman, and Emerson of Tulsa. A memorial service will be held to celebrate Ken’s life at 11:00 am Tuesday, March 10, 2020 at Floral Haven Cemetery. In lieu of flowers, the family requests that donations may be made in his honor to the American Cancer Society online at https://www.cancer.org/.

The family of Kenneth McDonnell created this Life Tributes page to make it easy to share your memories.

Send flowers to the McDonnell family.