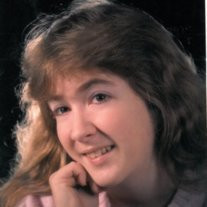 Kimberly Linette Davis Smithers left on her final journey April 11, 2013. Kim was born May 12, 1971 at St. Maryâ??s Hospital in Russellville, Arkansas, to Eugene Vernon Davis and Oma Jo Dean Davis. Kimâ??s FiancÃ© is Brian Childers of Jenks, Oklahoma. His parents are Owen Childers and Dee Childers of Claremore, Oklahoma. They planned to be married in the summer of this year. She is survived by her FiancÃ©, Brian Childers of Jenks, Oklahoma. Kimâ??s sister is Karen Elaine Crews and brother is Jeffrey Eugene Davis. Karen is married to James Harold Crews. They have Andrew James Crews and Jamie Lenora Crews, Broken Arrow, Oklahoma. Jeffâ??s daughter is Rian Alyse Davis, Reseda, California. Her aunt is Marjorie Elaine Dean Anderson. Elaine is married to William Robert Anderson. They have William Robert Anderson, Jr. He is married to Jacqueline DeeAnn Smith. They have Kael Kennett Anderson. She was preceded in death by her father, Eugene Vernon Davis, paternal grandfather and grandmother, S. V. â??Buckâ? Davis and Doris Edith Crockett Davis, maternal grandfather and grandmother, J. Coy Dean and Marguerite Lavonne Herbert Dean, aunt, Marvine Lankford Tyler Lippert, uncle, Coy Allen Dean. Kimberly is a descendant of David Crockett, who fought at the Alamo. Davy Crockett on his way to the Alamo would stop by Little Rock, Arkansas, to see Charles Gibson Crockett and tell stories of bears and Indian fights. Kim graduated from Conners State College, Warner, Oklahoma, in 1992. She graduated in 1995 from Northeastern State University, Tahlequah, Oklahoma, with a Bachelorâ??s Degree in Elementary Education. She graduated from Northeastern State University, Tahlequah, Oklahoma, December 12, 1998, with a Masterâ??s degree of early childhood Education. She worked in Head Start in Tulsa, Oklahoma. She then worked in Tulsa Public Schools at Jones Elementary till 2010, when she went to teach in Jenks Public Schools in Jenks, Oklahoma. Kim loved to work with children striving to give them the best education. The Children loved to have Kim as their teacher. Her children were a priority in her life. She and the children had fun, but she disciplined them too. Kim loved Star Wars, Dungeons and Dragons, Wonder Woman, and was a big fan of Bon Jovi. She often went to the Renaissance Fairs. She, also, loved books of all kinds. She, especially, liked the Diana Gabaldon Outlander Series. Her wedding dress and her ring was fashioned after the main character, Claire, in the stories. Kim was a LifeShare donor. Kim was baptized at Grandview Baptist Church, in Muskogee, Oklahoma, on June 1, 1986, by Pastor Kevin Clarkson.

The family of Kimberly Linette Smithers (Childers) created this Life Tributes page to make it easy to share your memories.