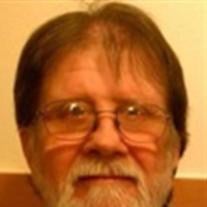 A devoted husband, loving father and grandfather, and a gentle lion of a patriarch, Larry E. Ebersole faced down illness in 2012 as bravely as he tackled any challenge throughout his life. Born in Joplin, Missouri on July 30, 1948, he went to be with the Lord this past Sunday, January 13, eight months after a spinal cord injury, and at the tender age of 64.Larry spent his formative years in Rogers, Arkansas and, later in his childhood, his family moved to Tulsa, where he attended Will Rogers High School and lived and raised his own family. In 1971, he met and married the love of his life, Jeannie, and they raised two children, Shelly and Garon.Despite coming from humble beginnings, Larry was nurtured by a loving, strong, determined mother and received a strong public education. After high school, he honorably served in the U.S. Army for three years and worked as a trade apprentice after the service. He was determined to make his mark and did. He was a successful Tulsa entrepreneur his entire adult life, co founding and running his own HVAC and plumbing contracting business. He took pride driving through the city he loved, pointing out the many development projects that he and his partner had a part in bringing to fruition. His business even extended to home building prior to the oil bust, and many homes in Broken Arrow exist because of his efforts.In his more than 30 years in business, Larry employed hundreds of young men and women from the local area and treated them each as he would his own family. In the early Eighties, the Tulsa World featured him as one of the rising small business stars in the community, a recognition in which he took much pride.Larry loved to live life to the fullest and always opted for the path less traveled. Determined in everything he ever undertook, he earned his Black Belt in Karate at the age of 40. He enjoyed cars, raising water dogs, entertaining and waxing philosophical on politics and the mysteries of life. He was a scholar of life and the person his family, friends and employees immediately sought for counsel when it was needed. He treated every conversation as a teachable moment, and enjoyed enriching other peopleâ??s lives. He believed it was noble to persevere, that failure was just a minor part of the process of succeeding and, sincerely, that it was far better to give than to receive. Larry is survived by partner-in-life Jeannie, who never left his side during his eight months of tribulations; his son Garon of Tulsa; and his daughter, Shelly and her husband, Bill, of Norman, and Larryâ??s three grandchildren: Will â??the Pillâ? Hickman, 16, Abby â??Dabbyâ? Hickman, 14, and Emma â??Muffinâ? Reese Hickman, 12. He is also survived by his devoted sisters, his â??Bubbles,â? Carolyn Horne and Marilyn Queen, both of Broken Arrow. He is also survived by his sister, Joyce Lofts, of Joplin and his second â??Momâ?/mother-in-law, Ruby Harvey. He was preceded in death by his loving mother, Opal Lee Bland, and his father-in-law, Jake â??Dadâ? Harvey.All of Larryâ??s loved ones know they have been given the wealthiest of inheritances and that he continues to live through them. As Ernest Hemingway once wrote: I had an inheritance from my father. It was the moon and the sun and though I roam all over the world, the spending of it is never done. The family request donations be made in the name of Larry Ebersole to the Christopher Reeve Foundation, 633 Morris Turnpike, Short Hills, New Jersey 07078.

A devoted husband, loving father and grandfather, and a gentle lion of a patriarch, Larry E. Ebersole faced down illness in 2012 as bravely as he tackled any challenge throughout his life. Born in Joplin, Missouri on July 30, 1948, he went to... View Obituary & Service Information

The family of Larry E Ebersole created this Life Tributes page to make it easy to share your memories.

A devoted husband, loving father and grandfather, and a gentle...