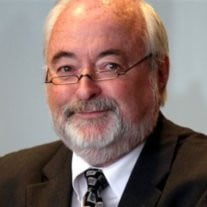 Larry Earl PaytonCelebrity Attractionsâ?? President Larry Payton passed away Monday, February 18, 2013 at 9:50 p.m. at St. Francis Hospital due to complications from an illness. He was 64.Larry and his wife Kay started Celebrity Attractions in 1983 out of their home as a side job. Over the past 30 years, they grew the small company into one that presents major theatrical, musical and family entertainment in seven different regional markets. In addition, Larry was an investor in numerous shows for Broadway and the road. He was a founding member of the Independent Presenters Network, served on the Board of Governors for The Broadway League and was a TonyÂ® voter. Larry was passionate about presenting quality entertainment and providing memorable experiences through live theater.Larry was an active member of Parkview Baptist Church in Tulsa where he was a deacon and served on the church council. He was actively involved in the Fellowship of Christian Athletes since college and served on the Board of Directors for the State of Oklahoma. Larry served on the Board of Southwest Baptist University for which he was also an alumnus. During his collegiate years at SBU, Larry was a nationally ranked tennis player. His love of tennis drew him to coach the womenâ??s tennis team at SBU and the menâ??s tennis team at Ouachita Baptist University. A supporter of education, he was a former employee of the University of Tulsa as the Student Activities Director.Throughout his life, Larry built a network of friends and family and touched the lives of those he met in a special way. His strong Christian faith was forefront in his life as he was a devoted follower of Christ. He used his devotion in countless ways. He traveled to Venezuela on several mission trips with his church to preach to hundreds. He loved being there. He was also a valued mentor to many men eagerly sharing his own experiences and beliefs. His generosity knew no bounds.Larry was a dedicated lifetime fan of the St. Louis Cardinals. As a teenager, he ushered at the first game at Busch Stadium, later attended the last game in that stadium and cheered them on at several World Series games. Larry and Kay spent nearly every vacation at sea â?? cruises provided much needed relaxation and reflection.Larry is survived by his wife of 37 years, Kay; son, Drew Payton and his wife, Charity; daughter, Laura Payton; brother, Ed Payton and his wife, Judith; nieces, nephews and great-nieces.Visitation will be Friday, February 22 from 6 p.m. to 8 p.m. at Floral Haven. There will also be a viewing on Saturday, February 23 from 12:30 p.m. to 1:45 p.m. at First Baptist Church. Funeral Services will follow at 2 p.m. at First Baptist Church. Interment will be at Floral Haven.In lieu of flowers, a Tennis Scholarship Fund has been established in Larryâ??s memory at Southwest Baptist University, Attn: Presidentâ??s Office, 1600 University Avenue, Bolivar, MO 65613.

The family of Larry Earl Payton created this Life Tributes page to make it easy to share your memories.