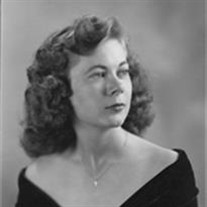 Laverne â??Samâ? Ingram age 84, quietly and peacefully passed into the loving arms of her Savior on March 17, 2012 at Evergreen Care Center in Owasso, Oklahoma. Laverne was a resident of the Owasso Baptist Village for many years beginning in 2006, when she first entered their assisted living facility. As her declining health continued, Laverne was relocated to the nursing center where she lived out her remaining years under the care of the compassionate staff at Evergreen. Throughout the most difficult years of her health, Laverneâ??s â??Southern Belleâ? strength and determination persevered as she fought against the odds, and always managed an unpredicted come back. While her body withered, her spirit soared and burned brightly until the final ember went out, and Laverne was free to fly home.Â  Laverne was born to Alton â??Buckâ? Sample and Johnnie Evelyn Allen-Foley on June 22,1927 and lived in Longstreet, LA for much of her childhood on the familyâ??s country homestead. She cherished special memories of her time spent there with her large family, including grandparents Mammy and Papa Allen, her mother, her sister Juanita, and many other relatives. Life on the farm during her childhood was difficult, as the family was poor and without many necessities. However, Laverne managed to find goodness and happiness in the simplest of things such as homemade candy, and handmade dolls and clothing at Christmas. It was during those difficult years that Laverne learned the true spirit of caring and sharing, and she carried those traits throughout her life.Â  In June 1947, Laverne married the â??love of her lifeâ? Lamar Ingram, and they adored each other for 56 years until his death in 2003. After being married for a short time, Lamar was shipped out to fight in the Korean War, where he valiantly served his country at the Chosin Reservoir. Their lives together truly began when Lamar returned from war, and it took them to various locations, creating a chain of friendships and memories everywhere they went. AlwaysÂ together and laughing, whether a dance floor, at their lake house, or taking vacations together- Laverne and Lamarâ??s devotion to each other remained steadfast.Â They moved to Tulsa in 1965 with their two children, Roy Ingram Marla Ingram-Palovik, where they remained until their passing. After years of raising children caring for her home, Laverne went to work in the family car-business, but soon discovered her passion as a volunteer for the Laureate Psychiatric Hospital in Tulsa. At Laureate, Laverne joyfully assumed the role of Chairperson of their outpatient clinic reception desk for thirteen years, and also served on the volunteer board of directors. She was completely devoted to Laureate, and at the time of her retirement Laverne had lovingly given them over 6,000 hours of service. Laverne developed several hobbies throughout the years, including playing bridge, tole painting, decoupage, and floral arranging. She especially looked forward to the fun she had at the weekly bridge games and coffee time with her girlfriends! But, Laverneâ??s greatest pleasure in life was gained from the love and pride she had for her family. She will be greatly missed by her daughter Marla Palovik and husband John, son Roy Ingram and wife Donna, her grandchildren Michelle Hawkins and husband Scott, Ryan Palovik, Stacey Obermiller and husband Mike, Cory Ingram, Courtney Ingram-Wilson and husband Dane, Tyler Ingram, and her brother James Sample of San Marcos, Texas. Laverne was also loved by great-grandchildren Deven, Braden, and Rhianna Hawkins, and Seth and Chris Obermiller. She was preceded in death by her loving husband Lamar, her parents, sister, and many other family members. A â??Remembranceâ? service for Laverne will take place on Saturday, March 24, 2012 at 12:30 PM in the Floral Haven Chapel, 6500 So. 129th E. Ave., Broken Arrow, OK In lieu of flowers, donations in honor of Laverne â??Samâ? Ingram can be made to the Tulsa Alzheimerâ??s Association at www.alz.org, then click on â??donateâ? to locate her tribute. Online condolences may be placed at www.floralhaven.com

Laverne â??Samâ? Ingram age 84, quietly and peacefully passed into the loving arms of her Savior on March 17, 2012 at Evergreen Care Center in Owasso, Oklahoma. Laverne was a resident of the Owasso Baptist Village for many years beginning in... View Obituary & Service Information

The family of Laverne “Sam” Ingram created this Life Tributes page to make it easy to share your memories.