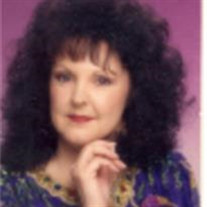 Taylor, Linda M. ~ Born May 19, 1947, in Reedley, California, went home to be an angel on August 19, 2005. She was the daughter of Roy and Mary Tibbs. She is survived by her husband, Bennie Lathem; her sons, James D. Cichon and wife, Brandi,... View Obituary & Service Information

The family of Linda Marie Taylor created this Life Tributes page to make it easy to share your memories.