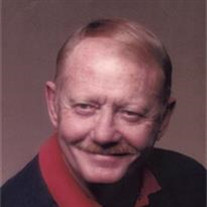 Major Edward R. Bailey, USMC (Ret), has slipped the surly bonds of Earth and rejoined his high-school sweetheart and beloved wife of fifty-five years, Velma L. Bailey.Â  Born November 10, 1932 in Tulsa, OK to Gilbert and Watha Gilmore he was three days shy of celebrating another fine year of life, along with his cherished United States Marine Corps. Â Major Bailey graduated from Central High School before enlisting in the Marine Corps in 1950. He was commissioned a second lieutenant upon completing the United States Marine Corps Officer Candidate Course at Quantico, Va., in 1959.Â  During his honorable twenty-four year career he admirably served as a landing signal officer aboard the U.S.S. Kitty Hawk, piloted the F-4J Phantom II in the performance of over 300 combat missions, and served as Executive Officer of one the largest flying squadrons in Vietnam. In one particular instance of heroism and selfless behavior, Major Bailey saved numerous lives when he skillfully flew his aircraft, which was bursting into flames and beyond recovery, to an unpopulated safe area where he ejected at less than 150 feet above the ground.Â  In recognition of his accomplishments Major Bailey was awarded, amongst others, the Distinguished Flying Cross, the Bronze Star with Combat Valor device and twenty-five Air Medals including two single mission awards.Â  Â After leaving the Marine Corps, Major Bailey spent a short time as an Alaskan bush pilot and later flew for Wien Air Alaska before retiring to Tulsa, OK.Â  He was an avid outdoorsman who enjoyed spending time with his family and friends.Â  His travels, adventures and accomplishments in life were actions worthy of novels, which he would gladly share with you. We each write our own from the memories we hold dear to our hearts. Â Major Bailey was a role model for what an officer and gentleman should be. The love he had for country and family was unsurpassed. Â He is survived by his daughter, Barbara A. Bailey-Holscher and her husband Greg H. Holscher; son, Joseph E. Bailey and his wife Audrey K. Bailey; grandchildren, Major Michael C. Bailey and his wife Major Katherine M. Bailey, Mark E. Bailey, and Geoffrey H. Holscher; his faithful canine companion Sophie.Â  Also, his true friends in life were always considered part of that family. Â In lieu of flowers, please consider making donations to the Wounded Warriors Project, P.O. Box 758516, Topeka, KS 66675.Â  Â A funeral service will be held at Floral Haven at 12:30 p.m. on Friday the 12th of November. Â Semper Fi!

The family of Major Edward Ray Bailey created this Life Tributes page to make it easy to share your memories.