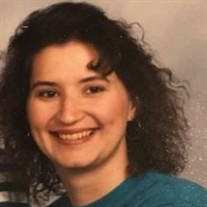 Marilyn Delores Green, 53, resident of Coweta, Oklahoma. Marilyn was born March 4, 1967 in Gainesville, Georgia to William Jack Cook and Ruby Anna Forrester (Hall). She was a devoted wife, mother, sister and friend. She will be missed by everyone... View Obituary & Service Information

The family of Marilyn Delores Green created this Life Tributes page to make it easy to share your memories.

Send flowers to the Green family.