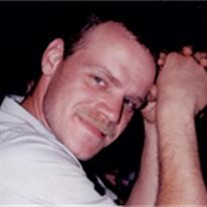 Mark Allen Grubbs passed away Monday, July 6, 2009. He was 40 years old. Mark was born August 24, 1968 in Tulsa, OK. Mark was the son of Kenneth Grubbs and Eunice Morehouse. He attended high school in Claremore, OK graduating in 1986. He went on to attend Tulsa Junior College for 2 years. During this time, his passion for cars started his auto mechanic career. He later purchased Auto Oasis in Verdigris, OK. On November 6, 1993, Mark and Shelly married in Eureka Springs, MO. They made their home in Claremore, OK before moving to Adair, OK in 1997. Two daughters were born to this marriage, Amanda and Madison Grubbs and later joined one son, Brandon Brading. Family was very important to Mark. He was very involved in his kid’s activities and lives as well as other family members. Some of Mark’s hobbies included hunting, fishing, target shooting, drag racing, and collecting memorabilia, particularly Elvis Presley. His customers and friends also played a very important part of his life through their loyalty and friendship. Mark was known for his kindness, generosity, and charismatic smile. Mark’s loving personality and laughter will be missed by all those who knew him, but none more than his family. Survivors include his wife, Shelly Grubbs, two daughters, Madison and Amanda Grubbs, one son, Brandon Brading, mother and step-father, Eunice and Troy Morehouse, his father and step-mother, Kenneth and Peggy Grubbs, brother and spouse, Brad and RaeNita Grubbs, sister and spouse, Nichole and Daniel Moore, as well as many loving nieces, nephews, aunts, uncles, relatives and friends. Visitation begins at 5:00 pm, Wednesday, July 8, 2009. Family will receive friends from 5:00 – 8:00 pm on Thursday, July 9, 2009. Funeral services will be held at 12:30 pm on Friday, July 10, 2009 at the Floral Haven Funeral Home located at 6500 S. 129th E Ave, Broken Arrow, OK.Survived By:

Mark Allen Grubbs passed away Monday, July 6, 2009. He was 40 years old. Mark was born August 24, 1968 in Tulsa, OK. Mark was the son of Kenneth Grubbs and Eunice Morehouse. He attended high school in Claremore, OK graduating in 1986. He went... View Obituary & Service Information

The family of Mark Allen Grubbs created this Life Tributes page to make it easy to share your memories.