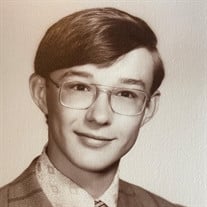 Mark Wade Stanley, 68 of Owasso, Oklahoma passed from this life on Tuesday, February 1, 2022 in Nowata, Oklahoma. He was born on November 14, 1953 in Tulsa, Oklahoma to his parents Carol Wade Stanley and Marian JoAnne McLemore Stanley. Mark is survived by his loving mother, JoAnne Stanley of Owasso, Oklahoma; his former wife Pam Stanley Johnson of Oklahoma City, Oklahoma and their five children, Trisha Stanley-Sutterfield of Oklahoma City, Oklahoma, Alexis Robertson and her husband Justin of Oklahoma City, Oklahoma, Jessica Moore and her husband John of New Bedford, Massachusetts, Wade Stanley of Stillwater, Oklahoma and Nick Stanley of Oklahoma City, Oklahoma; two sisters, Lorry Aldridge of Aurora, Colorado and Kerri Pregler and husband Stuart of Owasso, Oklahoma; six grandchildren, Camille, Chloe, Eliot, Reese, Addison and Townes; and many friends and extended family members. He was preceded in death by his father, Carol Wade Stanley. Mark was a 1972 graduate from East Central High School in Tulsa, Oklahoma. After high school, he attended the Hillcrest Radiology Technician program where he then advanced into nuclear radiology after just one year. He loved his work and always had a passion for chemistry. His love for chemistry is what pushed him to get a Bachelor of Science degree in Chemistry from The University of Oklahoma. Over a span of 35 years, Mark was employed by Saint Anthony Hospital and Presbyterian Hospital in Oklahoma City, and by SouthCrest Hospital in Tulsa. Mark had other passions in his life. The love of comic books, especially Batman and Robin were at the top of his list. He was an avid collector of comic books. He also loved country and classic rock music. Garth Brooks, Alison Krauss, Jim Croce and Credence Clearwater Revival were a few of his favorites. Mark’s passion wasn’t just limited to listening to music. He loved playing many instruments. Mark played the violin as a youth and then discovered the banjo and the harmonica. He also played the piano by ear, but his favorite was the acoustic guitar. He also was a master at programming and building computers. He had a wicked sense of humor and loved to joke with anyone who was around. His favorite way to relax included a fishing pole and a 6-pack. Mark had many tribulations but had a strong belief in the Lord that carried him through his life. A verse he would always repeat – Deuteronomy 31:8” It is the Lord who goes before you. He will be with you. He will not leave you or forsake you. Do not fear or be dismayed.” The family wants to give a special thanks to the angels of The Nowata Nursing center for the love and care they gave Mark over the past several years. Mark will be missed. We are so thankful for the Lord’s promise that Mark will be with Him in heaven. All services will be private.

Mark Wade Stanley, 68 of Owasso, Oklahoma passed from this life on Tuesday, February 1, 2022 in Nowata, Oklahoma. He was born on November 14, 1953 in Tulsa, Oklahoma to his parents Carol Wade Stanley and Marian JoAnne McLemore Stanley. Mark... View Obituary & Service Information

The family of Mark Stanley created this Life Tributes page to make it easy to share your memories.

Mark Wade Stanley, 68 of Owasso, Oklahoma passed from this life...

Send flowers to the Stanley family.