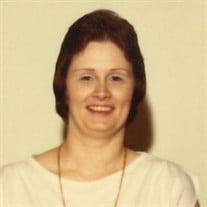 Born March 3, 1949, in Bartlesville, OK to Paul and Geniece "Jo" Hivner Lindemann. She participated in ballet with Charolette Conaster into her teen years. Summers were spent traveling the United States, and Europe, with her parents and siblings, visiting family and friends. Always a close family, a good time was had by all. She later traveled to Alaska and Hawaii with her friends from work. She graduated from College High School in Bartlesville in 1967. She attended the University of Central Oklahoma for a few years before returning to Bartlesville and receiving her keypunch operator certification at Tri-County Tech. She was employed by Cities Service in Bartlesville until they relocated to Tulsa. The company eventually became Occidental Oil Company where she had many friends even to this day. In the early 1970's Marti was diagnosed with Multiple Sclerosis. She continued with Occidental until the MS forced her to retire. Marti married William "Bill" Lansdale on May 25, 1985. They lived in Tulsa and enjoyed hosting neighborhood block parties, fishing at Lake Keystone, and attending Hivner Cousin Reunions. And she was a huge Cubbies fan; never missing a game on television. The struggles with MS eventually took her from us. She was a remarkably strong woman and was resilient in the face of all adversity. Even after Bill's passing, she continued to live on her own, independent and stubborn to the end. Marti is predeceased by her parents, her in-laws, her husband, her brother Stewart Lindemann, and her niece Jessica Mayer Bateman, and grandniece, Kennadee Bateman, and all of her aunts and uncles. She is survived by her sister Mary Lindeman and husband Patrick Conway of Norman, sister Paula and Bruce Mayer (April, Bradley, and Steven) of Bartlesville, Sister-in-law Marilyn Morgan Lindemann of Wuppertal, Germany, and many cousins on both the Lindemann and Hivner sides. The family would like to express thanks to all the many friends and neighbors who would check in on her and come to her rescue when she needed assistance. You have no idea how grateful we are for all of you. A funeral service will be held in honor of Marti on Monday, March 8, 2021, at 12:30 PM in Floral Haven Funeral Home's Chapel. Donations can be made in the name of Marti to the National Multiple Sclerosis Society https://www.nationalmssociety.org/

Born March 3, 1949, in Bartlesville, OK to Paul and Geniece "Jo" Hivner Lindemann. She participated in ballet with Charolette Conaster into her teen years. Summers were spent traveling the United States, and Europe, with her parents and siblings,... View Obituary & Service Information

The family of Martha "Marti" Jo Lindemann Lansdale created this Life Tributes page to make it easy to share your memories.