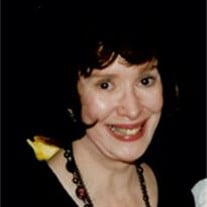 Mary Edna Clark Gates Dorrell, 79, born February 13, 1931 to Charles GibsonÂ  Clark and Mary GreerÂ  Clark in New Orleans, Louisiana,Â  passed away November 8, 2010 in Tulsa, Oklahoma.Â  She graduated from Bolton High School, Alexandria, Louisiana and from Northwestern State UniversityÂ  in Natchitoches, Louisiana.Â  She taught school inÂ  several public school systems in Louisiana, and worked forÂ  the Daily Advertiser newspaper and for the Teledyne Movable Offshore Company in Lafayette, Louisiana.Â  Mary was an accomplished musician, who served as a church pianist for many years, and enjoyed travel, literature and the arts.Â  She possessed a keen intellect, a sharp sense of humor, and empathy, charity and love for all persons. She was preceded in death by her parents, and is survived by her husband, Bill J.Â  Dorrell of Broken Arrow, Oklahoma, her son, Charles R. Gates, her daughter-in-law, Kathryn F. Gates, her grandchildren Sarah K. Gates, and William C. Gates, of Oxford, Mississippi, her grandchild Catherine Dorrell of Lafayette, Louisiana, her step-sons, B. J. Dorrell and Shane Dorrell and their wives, of Lafayette, Louisiana, her brother Charles Barton Clark and his wife Shirley Risk Clark of Boerne, Texas, a host of nieces and nephews, grand-nieces and grand-nephews and many dear friends from a life well-lived. A funeral service will be held 10 AM on Thursday, November 11, 2010 at Floral Haven Funeral Home Chapel, Broken Arrow, Oklahoma, with interment to follow at 10 AM Friday November 12, 2010 at Greenwood Cemetery, Eufaula, Oklahoma.Â  A memorial service will be planned for a later date in Lafayette, Louisiana.

The family of Mary Edna Clark Gates Dorrell created this Life Tributes page to make it easy to share your memories.