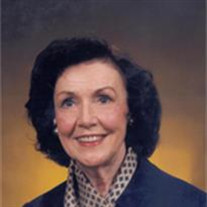 Wife, mother, teacher, musician and retired banker Mary Ferne Nation, died Wednesday.Â  She was 83.Â  A native of Seminole, Okla., Mary was the second of four children and the family worked small farms in the area until her father and little brother tragically drowned on a Sunday afternoon swim when she was 16. She graduated from Seminole High School, winning accolades for her shorthand skills and debate as well as playing basketball and being elected as â??queen.â? She later attended Seminole Junior College.Â  She was working at a savings and loan in Seminole when she met Clarence Nation, a young World War II D-Day veteran.Â  They married and their bond became even stronger over their 63 years together.Â Â  Both were musical, with Mary playing the piano and Clarence singing at church, home,Â  and just about anywhere there was a piano handy.Â Â  Wherever Mary resided, she was active in church activities and sang in the choirs and with special singing groups at Seminole First Baptist Church, Ranch Acres Baptist Church in Tulsa, First Baptist Church in Cleveland, Okla., and at First Baptist Church, Tulsa, where she was an active member.. While living in Seminole, she would also play the piano at church revivals, with Clarence leading the singing. Teaching came naturally to her and she was also active in Sunday School with both children and adults.Â Â  Moving to Tulsa in 1961, Mary began her banking career with Southern Hills National Bank, served as Executive Assistant to the President of Mercantile National Bank and later with Republic National Bank.Â  She left Republic to join Les Goddard in the launch of Western National Bank, where she served as Vice President and Executive Assistant to the President until the bank sold to Fourth Financial Corp. in 1993.Â  She then retired from banking and focused on church work, music and her grandchildren, who called her â??GrandMary.â?Â  She was Woman of the Year of the Indian Nations Chapter of the American Business Womenâ??s Association in1984 and received national ABWA recognition.Â  She lived her life with grace, hard work, love and a sense of humor that will be remembered forever by those who knew her.Â  She is survived by her husband, Clarence; and three sons and their families: Larry and Jennifer Nation, Broken Arrow; Garry and Linda Nation, College Station, Texas; and Noel and Amy Nation, Cleveland, Okla.; eight grandchildren and five great grandchildren.Â  Services are at 10 a.m. Saturday at Floral Haven Chapel.

Wife, mother, teacher, musician and retired banker Mary Ferne Nation, died Wednesday.Â  She was 83.Â  A native of Seminole, Okla., Mary was the second of four children and the family worked small farms in the area until her father and little... View Obituary & Service Information

The family of Mary Ferne Nation created this Life Tributes page to make it easy to share your memories.