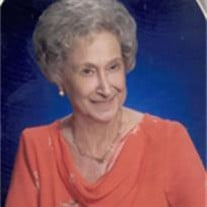 Mary Lee Woodby, born June 9, 1932 in Asheville, North Carolina to William and Johnnie Hawkins and peacefully passed away on June 10, 2011. She married Richard Woodby on February 17, 1951 in Dearborn, Michigan. She will be remembered for her compassion and generosity. Mary graduated from Lowrey High School in Dearborn, Michigan in June of 1950 and has attended every class reunion since including the one held in 2010. As a young mom, Mary was a Brownie leader, homeroom mother, and Secretary of Robert Elementary School PTA as well as church secretary at Friendship Missionary Baptist Church. She began her working career at Michigan Bell in 1965 in Lincoln Park, Michigan until she transferred to Southwestern Bell in Tulsa, Oklahoma in 1974 as an Administrative Assistant. When she retired in 1986, Mary remained active with the local Pioneer organization. After a partial recovery from a stroke in 2006, Mary continued to do God’s work. She enjoyed working in the nursery at Vacation Bible School and Awana at Florence Street Baptist Church. Although walking was difficult and prevented her from going on visitation, Mary enjoyed writing personal letters to those that visited her church. Mary battled Non-Hodgkin’s Lymphoma and breast cancer for the last 20 plus years, but it never changed her outlook on life. Her faith kept her going when others would have given up. When she decided to fight the current bout of Lymphoma, her family told her that they would fight with her. Mary’s interests and activities included swimming, listening to gospel music, dancing and driving her 1973 red convertible Mustang. Even with all the modern technology available, Mary continued to rely on her manual IBM Selectric II typewriter. Travel was also Mary’s passion,Â visiting Hawaii, Holland, Italy, France, England, Germany, Australia and most recently Israel. She is survived by her children, Deanna Hensley and husband Joe of Broken Arrow, Oklahoma; Mary Ann Ferguson of Lincoln Park, Michigan; Richard L. Woodby, Jr. of Broken Arrow, Oklahoma; William Woodby and wife Kathi of Liberty, Missouri; brothers, Donald Hamp and his wife Becky of Toledo, Ohio, Daniel Hamp of Taylor, Michigan; 6 grandchildren and 4 great grandchildren. She also leaves behind numerous nieces, nephews and friendsÂ that meant everything to her. Mary was preceded in death by her husbandÂ of 49 years, Richard L. Woodby and sister, PatriciaÂ Williams.

Mary Lee Woodby, born June 9, 1932 in Asheville, North Carolina to William and Johnnie Hawkins and peacefully passed away on June 10, 2011. She married Richard Woodby on February 17, 1951 in Dearborn, Michigan. She will be remembered for her... View Obituary & Service Information

The family of Mary Lee Woodby created this Life Tributes page to make it easy to share your memories.