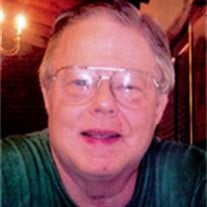 Max Kenneth Knarr was born in Tulsa, OK on August 7, 1943 to Max Japhet and Sylvia (Southern) Knarr. Max has one brother, William Malcolm Knarr, three cousins, Sally, Suzanne and Nancy and one nephew, Colin Knarr. Â  Ken attended Elliot Elementary, Edison Middle School, and graduated from Edison High School. Ken attended the University of Tulsa, earning a Bachelor of Arts in 1966 and was a candidate for a Master of Arts in 1972. He majored in Political Science with minors in History and Economics. He earned 45% of his college expenses through a combination of part-time work and Veteranâ??s benefits. Â  Ken taught history in the Margaret Hudson Program in 1970. As a part of his masterâ??s thesis, he re-wrote several portions of the City Charter revision. Ken served his country honorably in the United States Army between 1968 and 1970, serving in counter-intelligence and security at CINPAC, holding top secret security clearance. He worked as a registered nurse with the Childrenâ??s Medical Center and the Hissom Memorial Center in Sand Springs, Oklahoma. Ken worked for Developmental Disabilities Services Division for many years, retiring with the State of Oklahoma in 2006. Ken cared for his mother in her later years until her death. Â  Ken loved sports, especially University of Oklahoma football. He was a man of integrity and unusual honesty. He was highly respected in the Tulsa community. Following his retirement Ken enjoyed spending time with his God-children Tiffany Rose and Victoria Marie. He also enjoyed spending time with his friend Debbie. .Ken enjoyed watching church on television, especially Boston Avenue United Methodist Church of Tulsa. He loved the Lord and followed his will. Ken was loved and respected by many and will be remembered and missed by all. Â  It has been a blessing and privilege to share our life with Ken, and now we have to say goodbye. His memory will be precious to us, but now he is with God in Paradise. Â  Funeral services for Ken will be Monday, August 30, 2010 at 10:00 a.m. at Floral Haven Funeral Home Chapel. Burial will follow at Floral Haven Memorial Gardens. There will be a time of visitation on Sunday from 1pm â?? 9pm at Floral Haven Funeral Home.

The family of Max Kenneth Knarr, Jr. created this Life Tributes page to make it easy to share your memories.