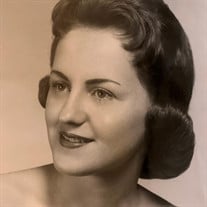 Nancy Louis (Ross) Coulter, age 82, of Broken Arrow, Oklahoma, passed away October 22, 2021, in Broken Arrow, Oklahoma. She was born in Sterling, Kansas to Thomas Willis Ross and Alberta Mae (McClure) Ross on May 28, 1939. Moving to Wellington, Kansas in the second grade, she graduated from Wellington High School. Nancy attended and graduated from Kansas State University with a BS in Elementary Education. She was a part of the Delta Delta Delta sorority, where she made many friends for life. In her sophomore year she was the State of Kansas representative for the Cherry Blossom Festival in Washington D.C. Later that spring she met her future husband. After marrying Roger on August 13, 1961, she taught in Manhattan, Kansas for a year before moving to Tulsa, OK, where she taught for two years in West Tulsa. After the birth of her two children, Deborah in 1966, and David in 1970, she returned to be a substitute for Fulton elementary, then became secretary for schools for the rest of her career. After her and her husband's retirement, they moved to Grand Lake of the Cheerokees where she was involved in the gardening club. She enjoyed boating and fishing on the lake and taking care of the wildlife that resided around their home. After a while they decided to move back to Broken Arrow, Oklahoma where she spent the rest of her life surrounded by loved ones and friends until her passing. Nancy was preceded in death by her parents; her brother Thomas Clark Ross and sister Judith Ann (Ross) Bales. Nancy is survived by her husband of 60 years, Roger Coulter, daughter Deborah Lewis (Husband Barry Lewis) and son David Coulter (Wife Bonnie (McCool) Coulter), and her 4 grandchildren, Jarret Coulter, Alexis Lewis, Lane Coulter, and Brody Coulter. Donations may be made in her honor to Alzheimer's Disease Research at brightfocus.org/ADRmatch or to a charity of your choice. Memorial services will be held at 12:30 pm on Friday, November 12, at the Floral Haven Funeral Home Chapel. For those unable to attend, follow the link for webcasting services https://webcast.funeralvue.com/events/viewer/63682

The family of Nancy Louise Coulter created this Life Tributes page to make it easy to share your memories.

Send flowers to the Coulter family.