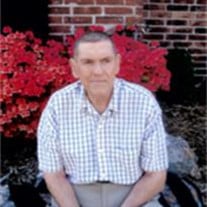 Neal Cartwright was called to Heaven on Thursday, August 19, 2010.Â  Neal was born on November 19, 1939 in Drumright, OK. to John Wesley and Gracie Delours (Danley)Â  Cartwright.Â  The family moved to Tulsa when he was 4 years old, He attended Riley Elementary School, Roosevelt Junior High and Central High School, graduating in 1958.Â  In 1959 Neal met Linda Sue Taylor and on December 1, 1961 they were wed. In 1963, Neal was drafted into the United States Army.Â  Upon completion of Basic Training at Fort Polk, Louisiana, he was stationed at Ft. Ord in California with the 84th Engineering Battalion and then Headquarters Special Forces.Â  Upon discharge into the reserves, he and Linda moved to Alexandria , Louisiana where their first son, Ronald was born in September of 1965.Â  In 1966 the family moved to Tulsa so Neal could persue his degree in engineering at the University of Tulsa.Â  In May of 1971 Neal graduated from TU with a Bachelor of Science in Mechanical Engineering.Â  In SeptemberÂ  of 1972 Neal and Linda’s second son Gregory wasÂ born. In December of 1988 Neal recieved a daughter, Karen when she and Ronald were wed.Â  June of 1989, Neal welcomed his grandson, Mikel to the family. Neal pursued a career in natural gas compressor manufacturing and packaging.Â  After his retirement, he and Linda enjoyed traveling, but he was happiestÂ when he took his family sailing.Â  He taught MikelÂ to sail and appreciate the beauty of Yosemite National Park inÂ  California, aÂ place he loved. Neal was a member ofÂ The FirstÂ Baptist Church in Broken Arrow, OK.Â forÂ  many years.Â  Neal is survived by his wife of 48 years Linda of the home.Â  Son Ronald and daughter in law Karen ofÂ Grove, sonÂ Gregory of Tulsa, and grandson Mikel of Tulsa.Â  Two sisters Jewell Austin and husband Wayne of Sand Springs and Carolyn Lowery andÂ husband Willie of Waukegan, IL.Â  Brother in law ErnestÂ Latta of the stae of Kansas and sister inÂ law Annie Cartwright of Broken Arrow and a host of nieces, nephews and friends.Â  Neal was precceded in death by his parentsÂ John Wesley and Gracie Delours Cartwright, brothersÂ Fred, Norm, Cletus, Melvin, Gene, and Lloyd Cartwright and sisters Juanita Sivadon and Pauline Latta.Â Â  Neal’s achievementsÂ were many but his greatest joy was to be surrounded by his family.

Neal Cartwright was called to Heaven on Thursday, August 19, 2010.Â  Neal was born on November 19, 1939 in Drumright, OK. to John Wesley and Gracie Delours (Danley)Â  Cartwright.Â  The family moved to Tulsa when he was 4 years old, He attended... View Obituary & Service Information

The family of Neal Cartwright created this Life Tributes page to make it easy to share your memories.

Neal Cartwright was called to Heaven on Thursday, August 19,...