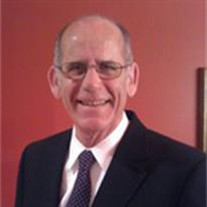 Nevil Francis Webre was born in Thibodaux, LA, on August 5, 1944, to Leonard and Leonie Webre.Â He is survived by his wife, Patricia Lee Webre, a son Anthony Webre a daughter, Laurel Nichols.Â Through his marriage to Pat in 1982, he inherited three additional children who became like his own â?? James, Susan, and Linda Love.Â His five children have together given him many wonderful grandchildren. Â  Nevil enjoyed a long and successful career in the aviation field.Â This began at the age of sixteen when he hitched a ride to New Orleans to join the Army.Â The kind man who offered the lift happened to be an Air Force recruiter. He later joined the Air Force and after boot camp served as an airplane mechanic at Tinker Air Force Base.Â During the course of his active duty, he served in Vietnam and Clark Air Force Base in the Philippines as well as Travis Air Force Base in Fairfield California.Â He transitioned to the Air Force Reserve Unit in 1969 and moved to Tulsa, Oklahoma, where he began working at the Oklahoma Air National Guard Base.Â Following 22 years of service with the Air Force, he worked at American Airlines in various positions of increasing responsibility.Â During his twenty years there, he worked with a small group of colleagues in developing a process that would significantly streamline their work.Â The team was subsequently recognized with an â??Employee of the Year Award.â? Â  Over the years, Nevil enjoyed many hobbies including hunting, fishing, boating, RVâ??ing and riding on the Harley-Davidson motorcycle he built with his own two hands.Â He had recently picked up bowling and golf â?? sports he was thoroughly enjoying and quickly mastering.Â  Â  Nevil was a motivated and very positive man, as well as a significant force in the lives of his family and all who knew him.Â When diagnosed with pancreatic cancer in 2006, he stood and faced the devastating illness with a courage and strength that all of his loved ones admired.Â He received treatment at the Mayo Clinic in Rochester, Minnesota, underwent major invasive surgery to remove the cancer, and had just received a clean bill of health in June of this year, five years cancer free.Â In the face of this typically fatal disease, he renewed his faith and, in the years that ensued, never missed attending Mass.Â His family and friends will forever be thankful that they were blessed with those extra years of his love for them, his passion for life and outstanding sense of humor. Â  Services will be held at 4:00 PM Friday, August 12th at St. Bernardâ??s of Clairvaux Parish located at 4001 E. 101st Street, Tulsa.Â  Â  The family has requested that in lieu of flowers, donations be given to the Childrenâ??s Fund at Asbury United Methodist Church.

Nevil Francis Webre was born in Thibodaux, LA, on August 5, 1944, to Leonard and Leonie Webre.Â He is survived by his wife, Patricia Lee Webre, a son Anthony Webre a daughter, Laurel Nichols.Â Through his marriage to Pat in 1982, he inherited... View Obituary & Service Information

The family of Nevil F Webre created this Life Tributes page to make it easy to share your memories.