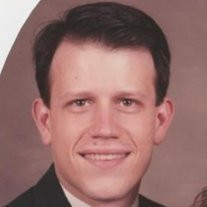 Norman Wade Biswell died September 8, 2013 in Tulsa, Oklahoma. He was born in Shawnee, Oklahoma to Gordon and Macsene Biswell on January 30, 1962. His father preceded him in death. He is survived by his son, Conner Ryan Biswell, a senior at Oklahoma State University, Stillwater, Oklahoma; and his mother, Macsene Adams of Lake Kiowa, Texas. His also survived by his aunts, Natala Barton and husband Ray, Midwest City, Oklahoma; Cynthia Roberts and husband Michael, San Antonio, Texas; and Betty Hill of Oklahoma City, Oklahoma; his many nephews, nieces and cousins and the many friends with which he shared his great life stories and experiences. He was a Certified Public Accountant, owning his own firm. He was recently serving as CFO for Camp Loughridge in Tulsa. Until 2012 he was President of Oklahoma Mortgage Origination Services. He graduated from Oklahoma State University in 1985 with a BS in Accounting and Management, and received his MBA from University of Tulsa in 1993. He was a Top 30 Managers under 30 for Pilkington PLC; a member of Phi Kappa Phi, Sigma Iota Epsilon, and Beta Gamma Sigma in recognition of 4.0 GPA at the University of Tulsa. His memberships include Oklahoma Accountancy Board, Nature Works Inc. Board of Directors, Troop 8 Boy Scouts of America, American Institute of CPA’s, Oklahoma Society of CPA’s, banking committee OSCPA, Tulsa Chapter of CPA’s, Past Area Chairman, Zone Chairman and State Board member of Ducks Unlimited and youth basketball and baseball coach. He was a member of the OSU Football Broadcast team for 13 years, as well as a part time member of the Texas Football Broadcast team. He liked to hunt, fish and scuba dive. He attended Southern Hills Baptist Church and had grown to love and appreciate the pastor, staff and his Bible teacher. A celebration of his life service will be held in Tulsa at a date to be determined. His cremains will be taken to the Crystal River Valley in Colorado where the happiest of family memories are cherished. Donations in memory of Wade can be sent to Camp Loughridge, 4900 W. 71st Street, Tulsa, Oklahoma 74131; or to Nature Works Inc. c/o John Cowan, 2200 S. Utica Pl. Suite 100, Tulsa, OK 74114.

Norman Wade Biswell died September 8, 2013 in Tulsa, Oklahoma. He was born in Shawnee, Oklahoma to Gordon and Macsene Biswell on January 30, 1962. His father preceded him in death. He is survived by his son, Conner Ryan Biswell, a senior at... View Obituary & Service Information

The family of Norman Wade Biswell created this Life Tributes page to make it easy to share your memories.