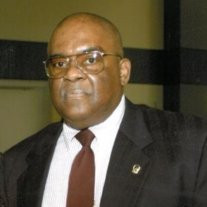 Otho Robert Fields was born March 10th, 1943 in Modesto, California. He was the only surviving child of Mary Louise Williams-Fields and Otho Nield Fields. Otho attended college at California State University Stanislaus and majored in Music. He was drafted into the U.S. Army on February 2nd, 1967 and served one combat infantry tour in Vietnam. After serving in the infantry, Otho commissioned as a Warrant Officer on August 16th, 1972. He served as a Band Master until the end of his career on April 26th, 1983. Otho married Doris Jean McCondichie on January 26th, 1967 in Modesto, CA. They parented five children; three girls and two boys. Otho worked a second career as an employee of the U.S. Postal Service. He retired from the U.S. Postal Service on May 31st, 2011 after completing over twenty-seven years. Otho was a good man. He was thoughtful and unselfish. He was an accomplished musician whom especially enjoyed classical and jazz music. Although the piano was his primary instrument, he had talent in playing many other instruments. He composed many songs over the course of his career. Growing up, his children loved to hear him play the piano during evenings after work. Music and family were his life. He was a hardworking, caring man who loved his children and his wife of forty-six years. He had an easy going spirit and enjoyed his solitude. To cherish his memory, Otho leaves his wife, Doris Fields of the home; his three daughters, Cherri’ Lewis (Michelle Richardson) of Houston, TX, April (Duane) Fields Stokes of Jenks, OK, and Chalonda Fields of Oklahoma City, OK; two sons, Ronald (Tresondria) Fields of Houston, TX, Andre (Rosalie) Fields of Jacksonville, AL; seven grandchildren; one great grandchild; and a host of cousins and friends. Otho was preceded in death by his mother and father.

The family of Otho Robert Fields created this Life Tributes page to make it easy to share your memories.