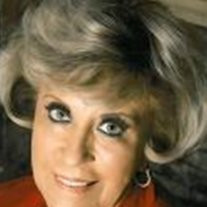 Patricia passed away December 23, 2013 from complications of cancer in Tulsa, Ok where she was living with her daughter, Pam. She will be dearly missed by all who had the pleasure to know her. Patricia was born and raised in Florence, AL. She attended Kilby Training School and Coffee High School where she was a band member and a cheerleader. She attended the University of Alabama where she studied dance and drama and was voted a “Coralla Beauty” her freshman year. Patricia had a love and passion for dance since she was 4 years old. She had her own dance studio in the shoais area at one time. She also taught in the school systems of Collinwood, Savannah and Waynesboro, TN.. She performed in many productions of “The Follies” put on by the Junior Service League. She enjoyed modeling for various stores in the area, especially Roger’s Department store. In 1968 she moved to Aruba with her husband and children and was a guest teacher at the Aruban School of Dance. When living in Puerto Rico for two years she taught dance classes to servicemen’s children at the American Navel Base in Ponce, P.R. another passion Patricia has was history. In 1983 she moved to Clearwater, FL . where She became the head tour guide and organizer of the museum for the historical Belleview Biltmore Hotel. She loved doing events and commercials for the Hotel. Patricia returned to Florence in 1998 and eventually began working for the city of Florence through the Arts and Museum Department. She became site administrator and head tour guide for the Frank Lloyd Wright-Rosenbaum Museum. She dearly loved this job and gave 100% every year she was there. She retired in September 2012 and received a special heartwarming letter from the Mayor Bobby Irons thanking her for her years of service. Patricia’s legacy in Florence were photographs from the “Landrum Collection” made by her grandfather, CT.W. Landrum and her father, Jerry Landrum. She completed many projects throughout the Shoals area and these historical prints adorn the walls of many individuals; offices; hotels; hospitals and restaurants and many, many more. In 2010 she published a book of the photographs titled “The Landrum Collection of Historical Photographs.” The second printing of this book was released in December, 2013. In November of this year Patricia moved to Tulsa, OK, to be with her daughter, Pam Smith. Patricia was a “people” person and her greatest joy was to bring pleasure to others, especially the special people she cared for so much. She loved her family and her children. She was “Meemaw” to her two granddaughters and great granddaughter. She loved living on tropical islands and in Florida. She often said she would always have sand between her toes from those wonderful places. She loved palm trees, shells and anything tropical. Patricia’s wishes were to be cremated and at a future date her ashes and those of her late son, Sonny Counts, will be scattered in the ocean at Daytona Beach, FL. Patricia was a member of the First Methodist Church and a former member of Junior Service League and Lifewise. Patricia was preceded in death by her parents, Jerry and Kathryn Landrum and her only son, John M. Counts III (Sonny). She is survived by daughters Pamela Smith and her husband Randy of Tulsa, OK

Patricia passed away December 23, 2013 from complications of cancer in Tulsa, Ok where she was living with her daughter, Pam. She will be dearly missed by all who had the pleasure to know her. Patricia was born and raised in Florence, AL.... View Obituary & Service Information

The family of Patricia Ann Counts created this Life Tributes page to make it easy to share your memories.

Patricia passed away December 23, 2013 from complications of...