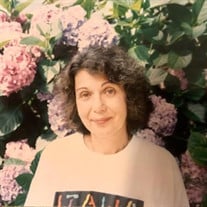 Patricia Margaret Rankin Nedom passed away peacefully in her home in Tulsa, OK on December 7, 2020. Patsy was born on March 12, 1942- during Word War II- in Japanese occupied Manila, Philippines. The daughter of an American father and a French and Spanish mother, she was born while her father was imprisoned at the Santo Tomas Internment Camp against the backdrop of history when General Douglas MacArthur dropped pamphlets on Manila promising “I shall return.” After MacArthur returned and the Philippines was liberated, Patsy, her mother and sister were reunited with their father to begin rebuilding their lives in Manila. Patsy was educated from Kindergarten through University at The Assumption Convent School for girls in Manila. After graduating University in 1962, she worked as a primary school teacher in Manila for several years. Being an American citizen and fondly remembering her study abroad semester at Dominican College in San Rafael, CA, Patsy moved to San Francisco, CA in the early 1970s. There she met her future husband, Arthur Nedom, and their love story unfolded over coffee and donut dates before work. Patsy and Art were married on the 4th of July, 1974 in San Francisco, and soon after relocated to Westport, CT where they happily lived for 30 years and raised their daughter, Nicole. Patsy loved to travel, was involved with several charities and was a proud member of the Altar Guild of Christ and Holy Trinity Episcopal Church. In 1994 Patsy was diagnosed with Multiple Sclerosis, and as the years passed she was forced to scale down her activities. In 2005, Patsy, Art and Nicole left their beloved Westport and moved to Tulsa, OK- where Art grew up- to be around their extended family. In 2010, Patsy suffered a serious decline and for the last ten years she was lovingly and dutifully cared for in her home, first by Art and Nicole, and after Art’s passing by Nicole and her eventual husband Jason Pann. Patsy is predeceased by Art, her husband of 39 years, her parents Blanca and Raymond and her sister Quita. She is survived by her daughter, Nicole, and Son- in -law Jason, her two stepsons Rick (Phyllis) and Bob (Judy), and her beloved Poodles. Nicole and Jason would like to thank their niece, Lillian Hogue, for learning to be an extraordinary caregiver. Thank you also to Patsy’s wonderful nurses, doctors, and caregivers who always showed her kindness and compassion. Most especially, we would like to thank our angel, Marie Hayes for her loving and unconditional help and care over the last 10 years. In lieu of flowers, the family asks that you consider a contribution in Patsy’s memory to the Tisch MS Research Center of New York. www.Tischms.org No services at this time.

Patricia Margaret Rankin Nedom passed away peacefully in her home in Tulsa, OK on December 7, 2020. Patsy was born on March 12, 1942- during Word War II- in Japanese occupied Manila, Philippines. The daughter of an American father and a French... View Obituary & Service Information

The family of Patricia Rankin Nedom created this Life Tributes page to make it easy to share your memories.

Patricia Margaret Rankin Nedom passed away peacefully in her...

Send flowers to the Nedom family.