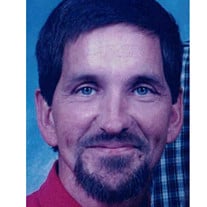 Paul Douglas Maxwell was born on April 21, 1958 in Omaha, Nebraska. He was the youngest of 6 boys. Doug grew up in Omaha and during his school years played basketball, football and was part of the diving team. He graduated from Benson High... View Obituary & Service Information

The family of Paul Douglas Maxwell created this Life Tributes page to make it easy to share your memories.

Send flowers to the Maxwell family.