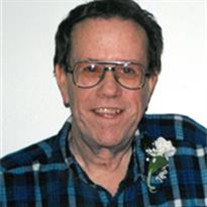 Philip Ray Cross, 70, of Sapulpa, OK, went to be with our Lord on May 26, 2012. He was born at Great Bend, KS, July 8, 1941.Â  He graduated from Fox High School and received a Bachelor’s degree in Industrial Arts from East Central University in Ada, OK.Â  He married Patricia Kennedy on September 24, 1965. He was survived by his wife, Patricia, son Robert and wife Amanda Cross and daughter Laurie and husband Kevin King, grandchildren Brittney and husband Jake Rogers, Samantha and Hallie King, Mikayla, Rebecca, and Desirae Higgins, Wyatt Betche, great grandchild, Beau Hanen, sisters Sarah Smith and Jodi Tuttle, and sister-in-law, Julie Cross.Â  He was preceded in death by parents, Shirley and Jesse Cross and brother Ralph Cross. Funeral service at Bible Baptist Church at 1 pm Wed. in Sapulpa, OK. Phil was a great example for everyone for being able to overcome so many obstacles.Â  He survived so many things in life, beginning with being run over by a car at the age of eighteen months, giving him a broken leg.Â  Throughout his life, he overcame more illnesses than anyone we knew.Â  In fact, he survived so many times when he shouldn’t have that we just always assumed he would live through the next of his nine lives. The family remembers him as a sweet gentle lamb, always with a smile on his face.Â  He was ever there to assist when anyone needed help.Â  The good news about Philip was that he could fix anything and would gladly repair items for anyone who needed help.Â  He was always there to help people move, but the moving story that stands out most was the one where he and Ralph and their wives helped our parents move to Jenks from Fox when they retired.Â  There were too many sotries about that trip to mention, but the one that stands out the most was when he hit a cow on the way to Fox to do the move.Â  Fortunately, the cow survived and he only had a dent in the car. He was an excellent structural draftsman who spent his working life with steel companies.Â  Unfortunately, his working life was cut short in 1978 when he had encephalitis, which resulted in damaged nerves rendering him unable to continue drafting. He was always active in church which was probably the highlight of his life, besides his family.Â  Phil served at one point in his life as Sunday School secretary.Â  He avidly read the Bible and during the last few months of his life spent much of his time highlighting various scrptures in the Bible.Â  In fact, he highlighted so many of them that Pat thought she was going to go broke buying highlighters.Â  Someone asked him what he was doing and he said that he was highlighting the important scriptures.Â  Then Pat asked why he was highlighting all of them.Â  His reply was, “They are all important.”

Philip Ray Cross, 70, of Sapulpa, OK, went to be with our Lord on May 26, 2012. He was born at Great Bend, KS, July 8, 1941.Â  He graduated from Fox High School and received a Bachelor&#8217;s degree in Industrial Arts from East Central University... View Obituary & Service Information

The family of Philip Ray Cross created this Life Tributes page to make it easy to share your memories.