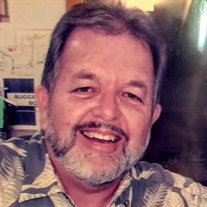 Raymon Dee "Dollar Bill" Cheatham, Jr., 73, passed away at his home on Monday, November 22, 2021. He was born in Cole Pool, Oklahoma at the family home on October 9, 1948 to Raymon D. and Pauline (Garrett) Cheatham. The family moved to Tulsa, Oklhoma in 1955 where he attended Tulsa Public Schools and graduated fromMemorial High School in 1966. He began his long-time employment witht he U.S. Army Corps of Engineers on August 1, 1966. After his year-long deployment in Vietnam, he was re-employed by the Corps in May, 1970. He worked there for 35 years beginning as a draftsman and retired as Supervisor of the Support Services and Printing Section, Information Management Office. "Dollar Bill" volunteered for the U.S. Naval Reserves in the Fall of 1968. He served a 356- day tour in Vietnam returning to Tulsa in May, 1970. He was honorably discharged October 1973. He chose to serve his country and was honored to do so. He was a proud member of the Cherokee Nation and on September 11, 2017, he was presented with the Medal of Patriotism and the Warrior Award in appreciation of his military service. "Dollar Bill" met the love of his life, Jean Smither, in September 1967. After their first date on October 7, 1967 they were inseparable. They were married April 5, 1969 just three weeks before his deployment. With the exception of the first year being apart, they were happily married 52 years and totally devoted to each other. From this loving union, they were blessed with two wonderful sons, Daniel and Mitchell. He is survived by his loving wife, Jean; sons Daniel (Neva) and Mitchell (Tracey) Cheatham; God-son Michael (Heather) Smither; and his adorable, loving grand-daughter, Elle. He is also survived by his brother Gary (Helen) Cheatham; sisters Gayle (Ken) Yates and Mary (Allen) Trammell; brother Tommy Cheatham; and many loving nieces, nephews, cousins, and his beloved Uncle Dick, whom he admired greatly and adored. Flowers and plants are welcomed, but also consider making a contribution to your favorite charity in his name. "Dollar Bill" was a lovable, caring, compassionate man who loved his family and friends and always had a smile, joke, and helping hand for all. He will be missed by every one of us. Memorial services will be held at 12:30 pm on Thursday, December 2, 2021 at Floral Haven Chapel.

Raymon Dee "Dollar Bill" Cheatham, Jr., 73, passed away at his home on Monday, November 22, 2021. He was born in Cole Pool, Oklahoma at the family home on October 9, 1948 to Raymon D. and Pauline (Garrett) Cheatham. The family moved to Tulsa,... View Obituary & Service Information

The family of Raymon "Dollar Bill" Cheatham Jr. created this Life Tributes page to make it easy to share your memories.

Send flowers to the Cheatham family.