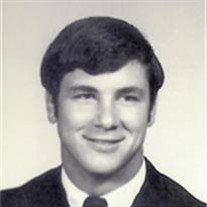 Raymond â??Rayâ? Murphy, Jr. passed away early Tuesday morning July 20, 2010 in his Tulsa home at the age of 63. Ray lived the last 40 years as a quadriplegic in his Tulsa home supported and cared for by his family and loved ones. A devout Christian, Ray was born in Joplin, MO on October 4, 1946 the son of the late Raymond Sr. and Ferol Murphy.Â A graduate of Tulsa Nathan Hale High School in 1964, where he was an â??All-Stateâ? wrestler, Ray went on to graduate with a Bachelors Degree from Oklahoma State University in 1969. While at Oklahoma State, Ray was a walkon to the nationâ??s premier college wrestling program. Ray finished his wrestling career as a two time â??All-Americanâ?. As a senior co-captain, Ray was the NCAA Runner-up and participated in the East-West All Star dual. Â Â  In the summer of 1969 upon graduation, Ray enlisted in the Army and completed his basic training at Ft. Polk Louisiana. After completing his basic training, Ray was transferred to a Reserve Unit in Broken Arrow, OK. Afterwards, Ray enrolled into Oklahoma Stateâ??s MBA program. While attending graduate classes, on April 11, 1970 Ray suffered a life changing injury while competing in the USA Wrestling Federation National Freestyle tournament in Stillwater, OK. During the competition, Ray was paralyzed from the neck down from a spinal cord injury resulting in lifelong paralysis. Ray spent the next six months hospitalized at Oklahoma Baptist Hospital in Oklahoma City. In October 1970, Dr. Roger Picket temporarily moved Ray along with Rayâ??s parents into his home to help care for and provide training to Rayâ??s family for his lifelong special needs. Ray moved backed to Tulsa in the spring of 1971 to begin his next chapter in life while being cared for by his loving parents, family, caregivers and friends.Â Â During Rayâ??s next chapter in life, he remained close with his alma-matter and annually attended OSU football games and wrestling matches. In the 80â??s, Ray attended classes at Tulsa Junior College earning an Associateâ??s Degree in Computer Science utilizing a sip-and-puff technology to allow him the freedom to operate a computer, controls throughout his room as well as navigate his computerized wheel-chair. His strong Christian faith helped him overcome constant life challenging obstacles and was an inspiration to anyone that encountered him and Ray was recognized as the Handicapped Person of the Year in 1989. The National Wrestling Hall of Fame honored Ray for his courage with the 1998 Medal of Courage.Â Â Â Â  Ray is survived by his older sister Jeannette Coldiron of Wichita, KS and older brother Daryl Murphy of Broken Arrow, OK along with four nephews and one niece.Â Â A reception to celebrate Rayâ??s life will begin at 10:00am followed by funeral services at 11:00am at Southern Hills Baptist Church, 5590 S. Lewis Ave, Tulsa, OK with burial to follow at Floral Haven Memorial Gardens. A scholarship fund in the memory of Ray has been established at Oklahoma State University. Memorial donations may be made in memory of Raymond Murphy, Jr. – Â OSU Foundation, P.O. Box 1749, Stillwater, OK 74076.

Raymond â??Rayâ? Murphy, Jr. passed away early Tuesday morning July 20, 2010 in his Tulsa home at the age of 63. Ray lived the last 40 years as a quadriplegic in his Tulsa home supported and cared for by his family and loved ones. A devout... View Obituary & Service Information

The family of Raymond Murphy, Jr. created this Life Tributes page to make it easy to share your memories.