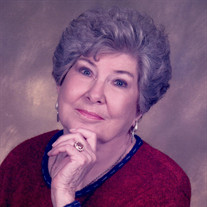 Rilda Jean Frisby was born in Checotah Oklahoma, November 28,1926 and passed away at the age of 93 on November 9th, 2020. She was the fifth child of seven brothers and sisters and lived in Warner Oklahoma. After losing her mother at age 5, she along with her siblings were raised by her father, grandparents, aunts and uncles. Her father would pass away when she was 16 at which time she moved to Tulsa to live with her sister Merle under the watchful eye of their Aunt Mary. She completed her education at night school while working a full time job during the day. In Tulsa she met and married Lloyd Franks in 1946. They were married 31 years and raised two children, Frankie and Susan. She lost the love of her life in 1977 when Lloyd passed away unexpectedly. Rilda would find love and companionship again in 1987, marrying Glenn Frisby. They would remain together for 13 years until Glenn’s passing in 2000. Rilda worked for 43 years in the insurance industry before retiring in 1986. She enjoyed travelling having spent a summer in Morocco with her sister and a summer in Florida with friends, and several trips to Europe with daughter Frankie and grandchildren Michaley and Wes. She was a lifelong avid reader and would rather spend time with a book then the television. Rilda was a long time member of Eastwood Baptist Church. She had an unwavering faith in God and knew that when she was to be called home it would be into the arms of her savior. She is preceded in death by her mother: Agnes Boatman; father: James Boatman; siblings: Marie Hill, Merle Hudson, Bill and Andrew Boatman, and Wilma Bias; Husband of 31 years, Lloyd Wesley Franks and husband of 13 years, Glenn Frisby She is survived by her sister Minnie Ruth Mitchell. Daughter Frankie Gilger and husband Joe. Daughter Susan Cook and husband Mike. Seven grandchildren, nine great grandchildren and numerous nieces and nephews. Funeral services will be held at 10 a.m. on Thursday, November 12, 2020 at Floral Haven's Funeral Home Chapel. ***Services will be live streamed starting at 9:55 a.m. on 11/12/2020. To view the service live, please click on the following link: http://webcast.funeralvue.com/events/viewer/40391 ***Masks are required if you plan to attend the service in person.

Rilda Jean Frisby was born in Checotah Oklahoma, November 28,1926 and passed away at the age of 93 on November 9th, 2020. She was the fifth child of seven brothers and sisters and lived in Warner Oklahoma. After losing her mother... View Obituary & Service Information

The family of Rilda Jean Frisby created this Life Tributes page to make it easy to share your memories.

Send flowers to the Frisby family.