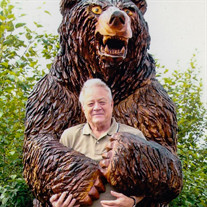 Robert Kent Ballard, aged 80, of Broken Arrow died April 19, 2022 in the city of Tulsa in Saint Francis Hospital. He was born February 1, 1942 in Urbana, Illinois to Frank and Myrna Ballard. He lived a full life, his early adult life consisted of a tour with the Army in Germany, marrying Patricia Trolinger and having two children, Robert and Rhonda. During their early marriage, Kent worked multiple jobs at a time in order to buy a house and car and feed his young family. Eventually he extended his education so that he could work as a stationary engineer, all while supporting his family. He spent the next few decades saving and taking care of his wife who eventually succumbed to Multiple Sclerosis. During that time, his many extracurricular activities included adding on to his and his parents houses, building a recreational vehicle out of an old electrical service van, shooting black powder, “hunting”, fishing, boating, air gun shooting, painting, drawing, weight lifting, leading cub scouts, drinking beer, some photography, and whatever else might strike his fancy. Kent Ballard was preceded in death by Frank and Myrna Ballard and Patricia Ann Ballard. Kent is survived by his wife Gay Ballard, children Robert, Rhonda and Shannon, Nieces Dawna and Paula, and grandchildren Garrett, Sydney, Jacob, Cassie, Emma, Claire and Adrienne. He also has 4 great grandchildren Aaron, Ava, Lily and Isaiah and sister, Virginia Demorest. .

The family of Robert Kent Ballard created this Life Tributes page to make it easy to share your memories.

Send flowers to the Ballard family.