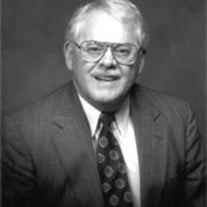 Funeral Service to be held 10:00 a.m., Wed.,March 21, 2012 at the Floral Haven Memorial Chapel. Â Â Â Â  Robert O. Bruton, SR. passed from this life on March 17, 2012 at home surrounded by his family.Â Bob was born in Oklahoma City, OK on January 1, 1927, to Jeannie and Owen Bruton.Â Â  He was the first New Yearâ??s baby born in Oklahoma City that year.Â The family later moved toÂ Â Â  Norman, OK where Bob graduated from Norman High School.Â After high school he entered the United States Army and served in the Philippines.Â When Bob left the Army, he enrolled at Oklahoma University and earned his Civil Engineer Degree.Â The family moved to Tulsa in 1959 where Bob started a very exciting and rewarding career.Â Bobâ??s company, BKL Engineering, was involved in the Riverside Drive Extension, Turnpikes, the County Jail, the IDL Loop, the Broken Arrow Expressway, the Port of Catoosa, and numerous other projects.Â Bob loved his work, since he did not retire until he was 78 years old!Â Bob was an avid fisherman, who also enjoyed traveling.Â  Â Â Â Â  Bob was a loving husband and father.Â He was preceded in death by his wife Lanell Bruton, his sister JoAnn Waring, and his parents.Â He is survived by his four children, Bob Bruton, JR. of Tulsa, Nancy Knight and husband Jim of Leeâ??s Summit, MO, Beth Richison and husband Cliff of Tulsa, and Tom Bruton and wife Jan of Littleton, CO; 7 grandchildren, 9 great grandchildren, and two great-great grandchildren. Â  In lieu of flowers donations may be made to the Parkinsons Foundation of Oklahoma

The family of Robert O. Bruton Sr. created this Life Tributes page to make it easy to share your memories.