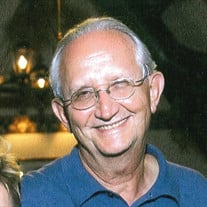 On January 31, 2022, Robert Emery Burns, 75, died at Saint Francis Hospital surrounded by family and close friends after a courageous battle with cancer and Parkinson’s. Robert was born February 22, 1946, in Pittsburgh, PA. At age one he moved to Stow, OH where he graduated from Stow High School in 1964. In 1968 he graduated from Tri-State College (Trine University) in Angola, IN, where he was named Mr. Tri-State, and a member of Acacia Fraternity. Robert married his high school sweetheart Donna L. Burns on June 29, 1968 in Stow, OH after dating for five years. Four months after marriage, Robert was invited to join the US Army, first served in Virginia, and then Vietnam in 1970. He was a member of the Proud Rifles and received the Good Conduct Medal. Robert worked in the energy and transportation industries at companies including Cities Service/Occidental, ProQuip/Linde, and Select Engineering/ISTI Plant Services. He spent two years in Russia on a joint project with the Russian government and Occidental. Robert had a deep love for his family, friends, dogs, and baseball. With his great sense of humor and his approachable nature, he was loved and respected by all who knew him. He was a member of South Tulsa Baptist Church and a prayer warrior who loved the Lord. Robert is survived by his loving wife, Donna L. Burns nee Graver; children Kerrie L. Davis and her husband Joshua R. Davis, and Amanda E. Burns; grandchildren Samantha E. Burns, Benjamin Robert Davis, and Laura C. Davis; brothers William A. Burns and James A. Burns. Robert was preceded in death by his parents Charles Arthur Burns and Mabel Elizabeth Ewing. Visitation will be held February 9, 2022, from 3 pm – 6 pm at Floral Haven Funeral Home, Broken Arrow, OK. Funeral will be held February 10, 2022, at 10 am in the Chapel at South Tulsa Baptist Church, Tulsa, OK. In lieu of flowers, gifts in his memory may be directed to support bladder cancer research at the American Cancer Society or support animal rescue at the Animal Rescue Foundation. Checks may be mailed with memo indicating in memory of Robert E. Burns to the American Cancer Society, P.O. Box 22478, Oklahoma City, OK 73123 or ARF, P.O. Box 471483, Tulsa, OK 74147, or made online.

The family of Robert Emery Burns created this Life Tributes page to make it easy to share your memories.

Send flowers to the Burns family.