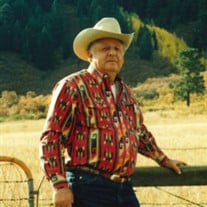 Robert Lee Kimery, 83, of Tulsa passed away September 23, 2019 after a long illness surrounded by his family.  He was born May 24, 1936 in Hot Springs, Arkansas to Leonard Damascus Kimery and Willie Mae Rowland.Bob was an avid hunter and fisherman, traveling across the country and abroad for his next adventure.  He was the founder of Kimery Painting, Inc. He poured his heart and soul into his business for 44 years and was not only successful, but highly respected in the industrial coating industry.  Bob was an accomplished pilot and if he wasn’t working, fishing, or hunting, he was flying one of his airplanes.He was an active member of the Adkar Shrine until his health declined.  From his enlistment in the U.S. Army at 17 years of age, to starting his own business, and pursuing a myriad of activities and adventures, Bob lived his life his way. His oldest granddaughter always said he was short on shirts because he was always giving the shirt off of his back to others.He was preceded in death by his parents, five brothers, and his twin sister.Bob is survived by his loving wife of 61 years, Joyce Kimery; sister Louise Kimery of Hot Springs, Arkansas; daughter Sharon and husband Mark of Broken Arrow; sons Don Kimery and Robert R. and wife Gail Kimery of Bixby, Oklahoma; six grandchildren: Sarah, Austin, Caleb, Christina, Hannah and Trent; and one great grandson Ryland.He was our David in a world of Goliaths.Visitation will be held on Thursday, September 26 from 5 pm – 8 pm at Floral Haven Funeral Home.Services will be at 12:30 PM on Friday, September 27 at the Floral Haven Chapel.In lieu of flowers, the family requests that donations be made in Robert’s honor to the Shriner’s Hospital for Children:https://donate.lovetotherescue.org/give/158250/?gclid=EAIaIQobChMI-sfmn7Ds5AIV4P_jBx0R8AmREAAYASAAEgJifvD_BwE#!/donation/checkout?c_src=google&c_src2=general

Robert Lee Kimery, 83, of Tulsa passed away September 23, 2019 after a long illness surrounded by his family.  He was born May 24, 1936 in Hot Springs, Arkansas to Leonard Damascus Kimery and Willie Mae Rowland.Bob was an avid hunter and fisherman,... View Obituary & Service Information

The family of Robert Kimery created this Life Tributes page to make it easy to share your memories.