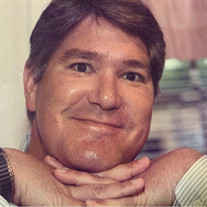 Robert Kent McNett, a.k.a Bob “The Man with the Plan” McNett, escaped this mortal realm early morning on December 21, 2020, at the age of 65. He was and still is a beloved husband, father, uncle, friend, superhero…and many more titles he held to the people in his life. Bob made his stage debut on this earthly pain on October 2, 1955 in Bartlesville, OK. As a young man, one would usually find him with a pencil and paper, drawing humorous characters and comics. This creativity is a trait he passed along to his 3 children that he had with his wife of 44 years, Sherril Decatur McNett. He was particularly proud of the fact that his children, Mery, Ben and Abby are all talented artists. Sherril met Bob while they were both working at K-Mart in 1975. She was 16; he was 19. Sherril says that she remembers how handsome he was and that he had an odd habit of chewing on tape to pass the time. When he asked her out, he suggested they go see the movie Jaws, even though she had just mentioned that she had gone to see it, something they laughed about through the years. Theymarried on August 27, 1976, and Sherril moved to Stillwater with Bob as he finished his degree at Oklahoma State University. Even though his degree was in advertising, he would eventually build a business in insurance after moving to Broken Arrow and starting his family. He was a respected businessman. He owned The McNettAgency for 34 years with his wife, which grew to a successful venture, thanks their efforts, and his wonderful long time friend and employee, Julie Pigg. He was able to take great care of his family, giving them a beautiful home and adventures in travel. His son, Ben McNett, having worked with his father for several years, is taking over the McNett Agency. Bob lived to make others laugh. Anyone that knew him well remember him as one of the funniest guys they’ve ever known. He would often tell his children stories from his childhood, such as having a friend who’s father worked at Nabisco, and getting caught tearing into the boxes of Fig Newtons in his garage. He was asked to leave, but insteadstood at the end of the driveway watching his friend get scolded as he snacked on the sweet forbidden goodies. Stories such as this, “Show of the Bear” and the infamous “Mr. Poopy Putt-Putt” were sure to make his kids laugh until they cried, which gave him great joy. He was a man of many voices, faces, and characters, and never missed an opportunity to connect to others with humor. He enjoyed practicing his golf swing in the yard while his children ran around; he loved traveling and taking his family to places like Disney World and even an Alaskan cruise. During Christmas time, he carried out the tradition of reading the Night Before Christmas before bed, and in the morning, never failed to hit his head on the low-hanging chandelier in the dining room where the presents and tree stood (a great source of laughter for his family). He loved old movies, Frank Sinatra, and there are plenty of times he could be spotted in a stylish sports car. But must of all, he loved his family. He loved his wife, his kids, his nieces and nephews, plus his grand-puppies, who loved his generous “good scratches”. He is predeceased in death by his parents, Robert and June,and his beloved grandparents. He is survived by his wife, 3 children, 3 sisters and many nieces and nephews. Bob would want everyone to take time and hug your loved ones and have a good laugh with them. Spread humor and laughter...something he did well. We love you, Daddy-Man… Bobarieno…Uncle Bob (He not Uncle Bob, he Daddy-man…No Fat Boy!). “….and that is the Bob McNett Story.” Service is pending.

The family of Robert Kent McNett created this Life Tributes page to make it easy to share your memories.

Robert Kent McNett, a.k.a Bob “The Man with the Plan” McNett,...

Send flowers to the McNett family.