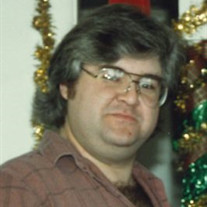 Robert Jason Miller, Jr., 59 of Tulsa, Oklahoma passed from this life on Saturday, August 31, 2019 in a Tulsa hospital with family by his side. He was born October 3, 1959 in Tulsa, Oklahoma to his parents, Robert Jason Miller, Sr. and Floy Elizabeth Williams Miller. Robert married the love of his life, Hazel Lynn Whittaker on December 4, 1991 in Tulsa, Oklahoma and they have shared in over 25 years together.Robert received his Masters degree in Science from Northeastern State University in 1995. He then went on to teach college math and physics for over 35 years. He enjoyed spending time with family especially with his grandsons. They would go camping, make ice cream and watch movies together. His hobbies include playing his guitar, riding his Harley Davidson, fishing, collecting knives and watching news and sports.Robert is survived by his wife, Hazel Miller; two daughters, Jamilah Moss and her significant other, Quay of Tulsa, Oklahoma and Jennifer Smith and her husband Thomas of Las Cruces, New Mexico; three grandsons, Isaac Smith, Hayden Smith and Sky Smith all of Las Cruces, New Mexico; one aunt, Ruby Dye and her husband Gene of Muskogee, Oklahoma; and a host of friends and extended family. He was preceded in death by his parents, Robert and Floy Miller.A memorial service will be held at 3 PM on Tuesday, September 10, 2019 at the Floral Haven Funeral Home Chapel.

The family of Robert Miller, Jr. created this Life Tributes page to make it easy to share your memories.

Robert Jason Miller, Jr., 59 of Tulsa, Oklahoma passed from this...