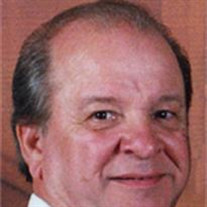 Robert James Riley Robert James â??RJâ? Riley, 69, died Sunday, September 23, 2012, with his family by his side in Tulsa, Oklahoma. Â  RJ was born July 30, 1943 in Clarion, Pennsylvania to Eugene â??Geneâ? Edward Riley and Anastasia Marie â??Annâ? (Ganoe) Riley.Â He graduated from Clarion High School in 1961 where he excelled as a gifted artist.Â His younger brother, Larry, recalls walking into the art room and seeing pictures that were drawn by his older brother; RJ was definitely a tough act to follow.Â  Â  RJ moved to Tulsa, Oklahoma in 1968 where he worked many years in the field of engineering.Â Utilizing his entrepreneurial spirit, he opened a neighborhood bar called the â??Rover Doverâ? on Peoria in 1972 and made several lifelong friends there.Â He endured the â??engineering rat raceâ? (as he called it) for over 40 years, and retired from Wilbros Engineering in October 2010.Â  Â  RJ enjoyed watching football, preferably the Sooners and Steelers, listening to music, and spending time with his grandchildren, or as he called them his â??beautiful little peopleâ?.Â It was not unusual to find him sitting on his deck enjoying the fresh air, usually with some â??real decentâ? tunes on. Â Music was always such an important part of RJâ??s life.Â He could identify the name and the artist of just about any song, he could tell you the year it was released and if you wanted to know, he would even tell you the flip sides!Â It was such a passion of his and something he passed along to his children. Â Music will live on in all of kids and grandkids. Â  Cars were always an interest for RJ, he would frequently explore local car lots or as he would say he was going to â??Go kick some tires.â?Â He loved Hot Rods, and enjoyed walking the Tuesday night shows, especially with his â??Main Manâ? Jace.Â Â  He once rebuilt a Mach 1 for his son Rick, and his youngest son, Chris, recalls his first car, a Pinto, that he and his dad rebuilt together.Â  Â  If you knew RJ, then you know that he was very quick witted, or in his terms, better known as a â??smart ass.â?Â It didnâ??t matter who you were, he would always respond with the same dry humor.Â Sometimes it was hard to know if he was serious or not, but likely he was, just in his own humorous way.Â His children remember an instance when they were in trouble, and him telling them â??I canâ??t believe you breathe my air.â?Â They laughed so hard he said that, it got them in more trouble! Â  Some funny memories about RJâ?¦..Â He enjoyed playing the lottery even before there was a lottery in Oklahoma; it was not uncommon for him to get some windshield time to Caney, Kansas to buy lottery tickets – even when the Oklahoma Lottery became legal, he still enjoyed driving to Kansas to purchase his tickets.Â RJ was described as having â??more hair on his chest than his head.â? And once had a tumbleweed for a Christmas Tree.Â He had what others called a â??gorilla gripâ? when he shook hands.Â All of his kidsâ?? friends growing up certainly knew RJâ??s grip! Â When his Physical Therapist met him this summer he told RJ to squeeze his hand as hard as he could.Â Kim just gave him a look, thinking please donâ??t hurt this man, and RJ just smirked and gripped it!Â The Therapist stepped back and asked why he needed therapy.Â RJ had a nick name for everyone he met, which literally means everyone!Â No one but he knows where the majority of them came from, but all had one.Â He and his youngest granddaughter Rylee (Rylee Jade) would often sit, and argue who was RJâ?¦.â?I RJ, no YOU RJâ?¦â?Â He absolutely loved it. Â  RJ was preceded in death by his parents Gene and Ann Riley, his brother Gene Riley, and sister, Jan White.Â He is survived by his wife, Kim â??goosey girlâ? Riley; children, Robert â??grasshopperâ? Riley (Robin), Rick â??kilometersâ? Riley (Aimee), Danielle â??Angel Eyesâ? Riley, Christopher â??Moteâ? Riley (Diane), Jami â??Ramboâ? Guinn (Chris);Â grandchildren, Kristen â??Pretty Girlâ? Young, Tuesdae â??Toots bootsâ? Riley, Erica â??Be Bopâ? Riley, Brittney â??B- Bittâ? Riley, Conner â??C-Manâ? Riley, Jace â??Main Manâ? Guinn and Rylee â??Little Bitty Pretty Oneâ? or â??LBPOâ? Guinn; siblings, Bill Riley, Larry â??LTâ? Riley, and Jody Guthrie. Â  A memorial service will be held on Friday, September 28 at 3:00 pm at the Floral Haven Funeral Home Chapel.Â Casual Dress is preferred, and if you have a hot rod, please feel free to drive it to Services, and park in honor of RJ.

The family of Robert James Riley created this Life Tributes page to make it easy to share your memories.