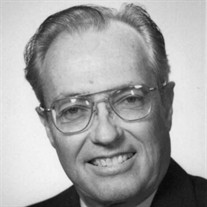 Robert Frank Snow, lifelong athlete, passed away January 20, 2022 at his residence in Tulsa, OK, after a twenty-two year battle with prostate cancer. ‘The Snowman’ was 89 years old. Bob graduated from Bartlesville’s College High School in 1950, where his medal in diving helped propel the swim team to a state championship. He also served as a manager for the football team. Bob attended Oklahoma State University and later the University of Tampa. Bob served in the Navy during the Korean War and the Air Force during the Cuban Missile Crisis. He retired from the Oklahoma Air National Guard in 1991. During his years of service, Bob developed his skills in volleyball and tennis. His passion for sports led to decades of involvement in the Senior Olympics; softball, table tennis, pickleball, horseshoes, he did it all. One of Bob’s proudest achievements was riding his bicycle across the entire state in the Oklahoma Freewheel in his sixties. You were as likely to find Bob sharing a joke, bragging about his children, puttering in his garden, or working on his model trains as you were to find him having a brew and playing pool. Bob enjoyed ushering at Tulsa’s First Presbyterian Church, volunteering at the Claremore Veterans Center, and organizing events with the Oklahoma Air National Guard’s Silver Beavers. Over the years, Bob worked in many jobs. He was most proud of his contributions in the aerospace industry, building components for the Apollo Program, Space Shuttles, and B-1 Bombers. Bob also worked in security, retiring from Occidental Petroleum. Bob’s genius was in meeting people, remembering names and faces, and making introductions. The Snowman excelled at finding bonds and maintaining friendships with generations of families. In Bob’s final years, he made himself the unofficial greeter at Saint Simeon’s Episcopal Home, where he was a beloved resident. Bob is survived by his daughter Sherri Snow, his son Michael S. Snow, and Michael’s husband Gregorio Vazquez Jimenez and his grandchildren: Erin and Justin Cadenhead and Gregorio Luis and Ana Vazquez. He was preceded in death by his parents Robert Dewey Snow and Millie A. Snow and his three sisters Doris Fox, Betty Smith, and Rosetta Sime. In lieu of flowers or donations, the family ask that you mask up and get your booster shots, so we can gather for a celebration of life in August 2022.

The family of Robert Frank Snow created this Life Tributes page to make it easy to share your memories.

Send flowers to the Snow family.